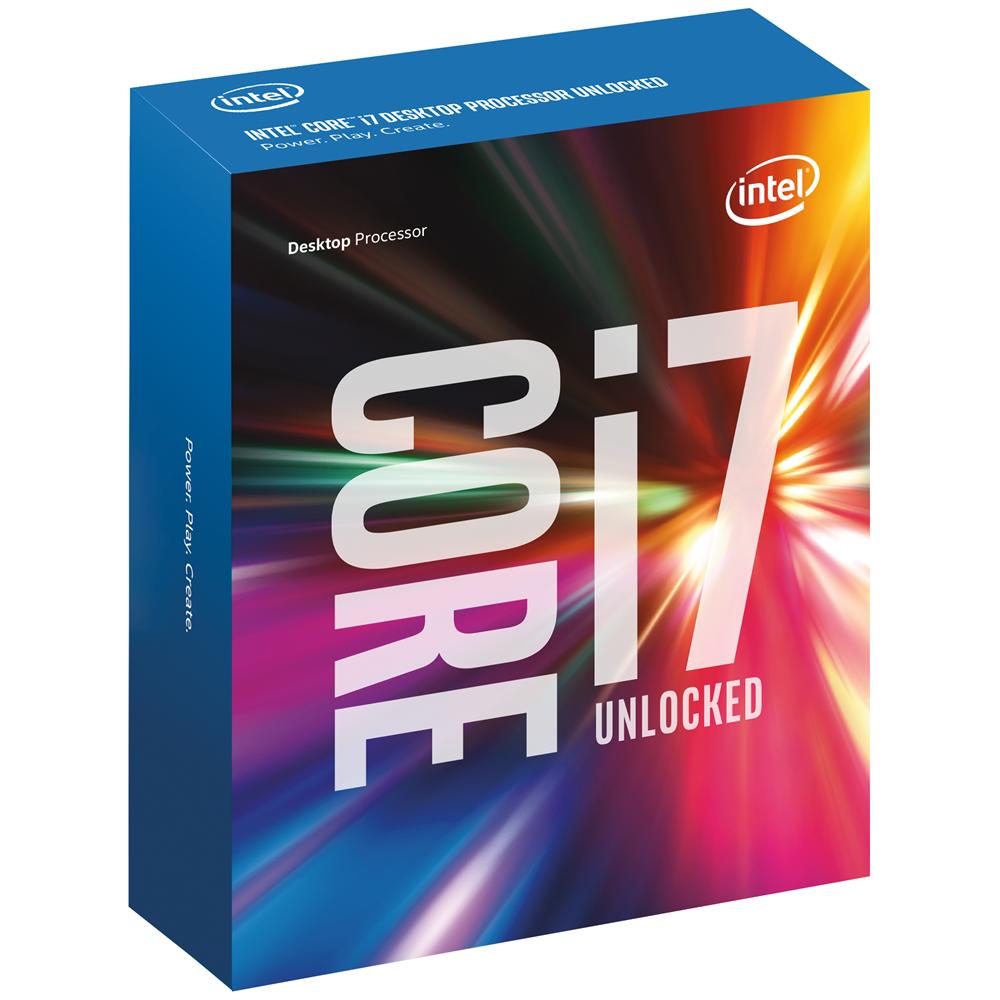 The Intel Core i7 6700k is Intel’s latest high end unlocked processor. It features four cores with up to eight threads thanks to Intel’s Hyperthreading technology. It uses a very small 14nm fabrication process, comes at 4.0 GHz out of the box (4.2 GHz with turbo mode), features a 95W TDP, and is said to be the best overclocker since Sandy Bridge (i7 2600k namely).

In this review, we will look at the performance of the i7 6700k in synthetic benchmarks, games, and compare them to the i7 2600. Both were compared with turbo mode enabled, driving both to 4.2 GHz, to measure clock for clock performance. We will also look at how well the i7 6700k overclocks on the ASUS Maximus VIII Hero Z170 motherboard, with 16GB (2 x 8GB) G.SKILL Ripjaws V DDR4 3000 MHz RAM. So, without further ado, let us begin!

The following hardware configurations were used for all tests.

First up is SuperPI 32M.

A straightforward benchmark that tasks one CPU thread with calculating, in this instance, 32 million digits of Pi. The time shown is the duration it took to complete the calculation, so lower is of course better. We see about a one minute improvement with the i7 6700k over the i7 2600 (8:24 vs 7:27), and further improvement when overclocked to 4.6 GHz (6:51).

Next, we look at Unigine Valley.

Now for 3DMark 11, a DX11 benchmark that has dedicated GPU and CPU tests, and combined tests. First we’ll look at results on the Performance preset.

The i7 6700k brought about a nice improvement, and the overclock brought small improvements to the overall and graphics scores. Now let’s look at how they performed on the Extreme preset.

Similar results, with the overclock being more helpful this time. Next is a newer version of this benchmark, 3DMark. Again we’ll look at results on the Performance preset first.

The i7 6700k clearly trounces the i7 2600, based on the Physics score which is CPU based. The overclock doesn’t help there, but it helps overall slightly. Results on Extreme preset are very similar.

So that sums up synthetic benchmark performance, where the i7 6700k is somewhat of a mixed bag. In most of the tests it significantly outperformed the i7 2600 clock for clock, but not in Unigine Valley. Overclocking the i7 6700k doesn’t change much, so it shows that we’re not CPU limited in these applications. Now onto the gaming tests.

A variety of games was tested, using the built-in benchmark tool. To make these tests more realistic, we enabled G-SYNC on the test monitor (Acer Predator XB270HU). This is because anyone with such a monitor would either use G-SYNC or ULMB, and we prefer G-SYNC.

First up is Cryostasis: Sleep of Reason, a DX10 game. This game has poor multicore/multithread usage, so it really tests the single threaded performance of each CPU. It’s also one of the most GPU demanding games around.

We have only an 8 FPS improvement roughly, which is not impressive given the frame rate was already high before. The overclock to 4.62 GHz changes virtually nothing. Despite the poor parallelism shown in this game, it seems we are not CPU limited much at all.

Next up is Hitman: Absolution, a more modern game with exceptional graphics quality.

This game is much harder to run according to the benchmark, compared to every other game tested. The i7 6700k barely improves anything over the i7 2600 once again. Max FPS went up a lot, but went back down with the overclock. This max FPS isn’t very consistent, having run it several times. The really high max FPS with the stock i7 6700k is an anomaly.

For this graph, we omitted max FPS since it’s inconsistent and behaves strangely. We got up to 300 FPS, and it made the rest of the graph too hard to read. We got a noticeable improvement here, both with the i7 6700k and the overclock. Of all the games tested, this is the one with the best multithreading, using all eight threads on both CPUs. You’ll note that this is a different overclock than before, running 4.6 GHz instead of 4.62. Both tested stable, but 4.6 requires less voltage since 4.62 involves increased BCLK (more on overclocking later).

Metro: Last Light is the next game tested. It is the best looking game in our tests, although not the hardest to run. It does not use all eight threads like Redux does, but it still uses four cores.

The results are very similar to Metro 2033 Redux, with the i7 6700k and overclock improving things slightly. Interesting that min FPS actually lowered with the CPU overclock. This suggests the overclock might not be fully stable, despite passing several hours of Prime95 blend.

The last game tested is Thief, a terrible but pretty and well optimized game. It uses four CPU cores rather well, although not all eight threads.

What we gather from all of this is that Sandy Bridge is still plenty for gaming. At 2560 x 1440, these test systems aren’t CPU limited in any game.

Skylake brings an awesome throwback for overclocking. CPU voltage regulators are no longer on the CPU die, and back on the CPU, like older sockets. The result is that we can use higher voltages, resulting in more overclocking than otherwise possible, but it also means the motherboard needs beefier VRM heatsinks for overclocking. The ASUS Maximus VIII Hero Z170 was used for overclocking.

All power saving features along with turbo mode were disabled for our overclocks. We also increased power delivery to the CPU via the BIOS.

BCLK speeds are no longer tied to PCI-E bus speeds, making BCLK overclocks actually feasible. Our 4.62 GHz and 4.725 GHz overclocks utilize a 105 MHz BCLK, a 5 MHz increase, with the former using a 44x multiplier and the latter using 45x. Both end up with a 4.3 GHz cache frequency and 3080 MHz RAM, which we ran at default timings. Both of these overclocks need over 1.4 VCore to be stable (especially 4.725 GHz), which is a bit much. However, with extreme cooling, there is no doubt we could have gotten 4.725 GHz to be stable. This is a big improvement over Haswell and Ivy Bridge for sure.

Our 4.6 GHz overclock was a more straightforward 100 x 46, which still needs just over 1.4 VCore to be stable. Still, this is an improvement over what Haswell and Ivy Bridge were capable of. But if you compare these overclocks to older Intel platforms like Nehalem and Lynnfield (my old i5 760 overclocked from 2.8 GHz to 4.2 GHz with perfect stability for example), or if you compare these to AMD, it’s embarassing. But then again, AMD’s performance and lack of efficiency is embarassing compared to Intel, which is far more significant, especially when you consider that overclocking proved to be unnecessary in these tests.

Note that all of the voltages listed in our graphs were taken from the BIOS. For these tests we actually used level 6 load line calibration, greatly reducing VDroop, so 1.375 VCore for example was over 1.4v in Windows.

Now for temperatures. Keep in mind that the i7 2600 system used a different case and cooler, so it’s not fair to compare them. We just graphed them here for reference. All temperatures were recorded with RealTemp.

First up are SuperPI 32M peak temperatures per core. This represents real world scenarios quite well, it’s around the most you’d see when gaming, perhaps slightly more.

All temperatures are perfectly acceptable. The overclock to 4.62 GHz clearly heated things up for the i7 6700k though. Now, let’s look at real stress testing results; Prime95 Small FFT.

Indeed, we were unable to stress test 4.62 GHz and 4.725 GHz. They got too hot. 4.6 GHz was barely doable, since my i7 6700k seems to be a voltage hungry beast. The i7 6700k is extremely cool at stock speeds, and it’s extremely cool when idle even with all power saving features disabled and even with the overclock, idling under 30 degrees Celsius on all cores. Those extremely high peak temperatures showcase the limitations of the IHS design Intel has been using lately; gluing the IHS to the CPU die instead of soldering it like they do on Haswell-E, Ivy Bridge-E, and older platforms. If only Intel would stop doing this… I’m confident I’d be able to run 4.725 GHz 24/7 if they stopped doing this, or if I delidded the CPU. No, you won’t find delidded results here. This isn’t a review sample, I paid for it and I won’t risk destroying it. Sorry folks.

The results here may be surprising to some. They shows that Skylake is barely an improvement over Sandy Bridge for gaming. Those of you with your i7 2600k or i7 2700k should stick with them, and just overclock them as much as possible if you haven’t already. Both are much, much better overclocks than Skylake. Sure, the i7 6700k averages around 4.6 GHz when overclocked, but not only can the i7 2600k and 2700k do better, they start at a much lower speed so it’s a much more impressive overclock.

Skylake CPUs still suffer from having the IHS glued onto the CPU die. This becomes apparent when overclocking, but at stock speeds you can expect the i7 6700k to run even cooler than its predecessors. Then again… who would buy this CPU and run it at stock speeds?

So that wraps up this quick review. Until next time! 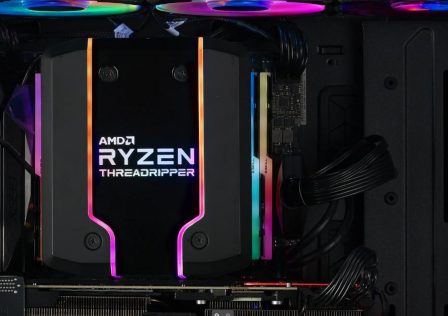 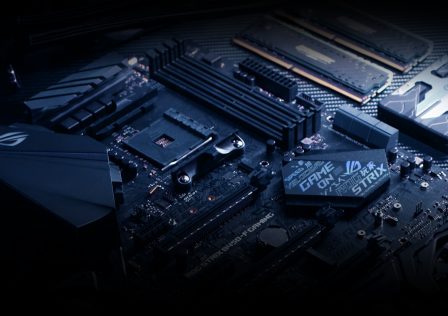