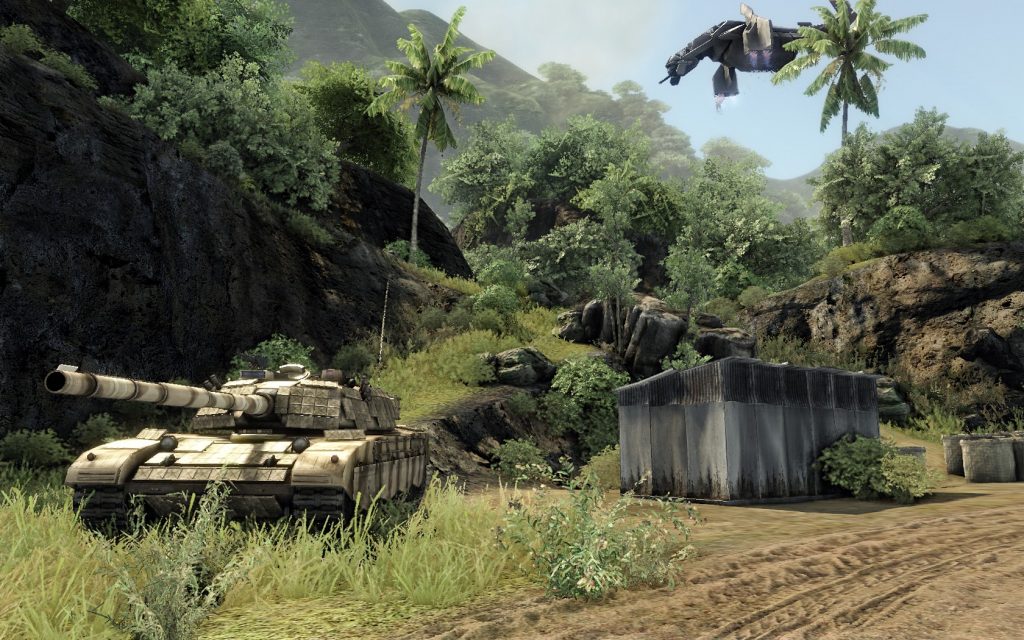 Multiplayer shooters have fallen further than most other genres. Time has really taken its toll on it, this genre has been objectively reduced more in the mainstream than so many others. This fall from grace deserves a closer examination.

There are of course exceptions to the rule. Valve, Tripwire Interactive, Bohemia Interactive, and others preserve the greatness and the flexibility provided by older PC exclusive multiplayer shooters. But these exceptions are rare, almost nonexistent in the AAA space.

With the recent announcement of Battlefield Portal and the praise this is getting, we’ve updated this article to better reflect the gaming industry as of 2021. 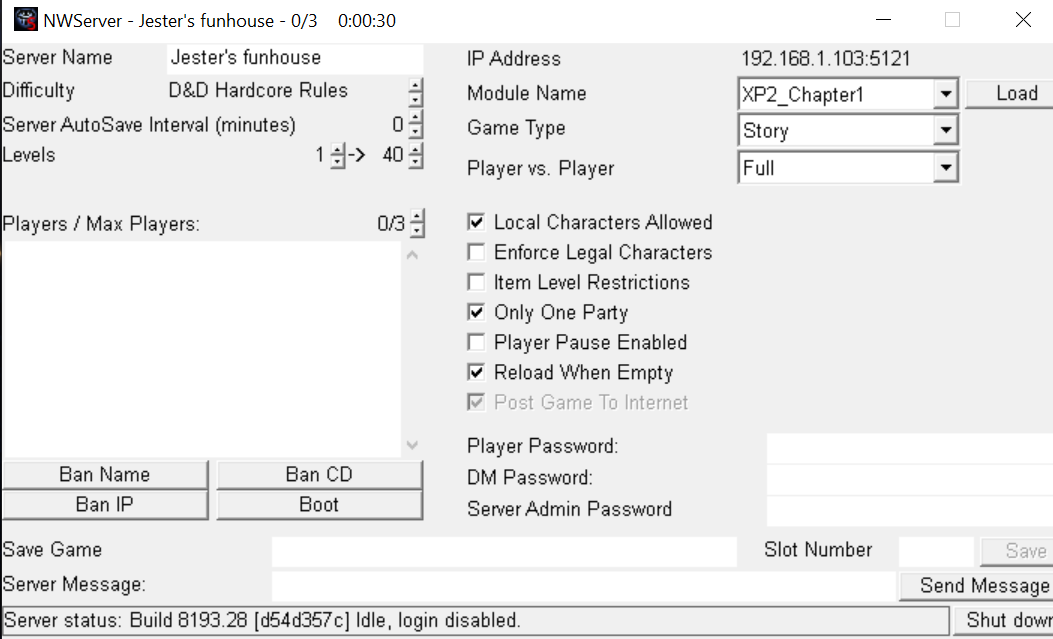 The release of Battlefield 1 and the positive reception triggered many of us at GND-Tech, kickstarting this article in the process, but the negative trends it follows are older than the game itself. The Rental Server Program, the only way to host a server, is what really got on our nerves. Details below:

When will the Rental Server Program Launch?
We’re excited to bring RSP to Battlefield 1 this November.

And it’s not just DICE. Tons of game studios are making these partnership with server hosting providers, it’s lucrative business. It’s the price of a utility bill, who wants to add that to their list of bills? And why is it cheaper for consoles? There’s no good reason for that, just a deal with Microsoft and Sony.

Compared to me hosting my own dedicated server machine, which is completely fanless and uses just a 35W Ryzen 5600G APU, this added negligible cost to my electrical bill. A few dollars at most.

By losing the ability to host your own dedicated servers and only being able to rent them, you’re losing control over the server and possibly forced to pay more compared to the increased electricity bill from running your own 24/7. In the example above, $42.99 is listed for 30 days, exponentially more than the rise in my electricity bill from running my dedicated low power server 24/7.

As for losing control, typically games limited to rent-a-server programs are going to have less configurable servers anyway. It used to be common for multiplayer game servers to let you decide what equipment is allowed/disallowed in the game, set maximum ping limits (kicking players if they exceed it), set your own region restrictions or disable them, have refined auto team balancing rules, have granular teamkilling punishment rules (from none to defining the amount of teamkills before punishment to determining the type of punishment, such as kicking or banning or more creative forms of punishment), run custom game maps on your server with automatic map downloading, run mods on your server with automatic mod downloading, randomized map rotation, and so much more. 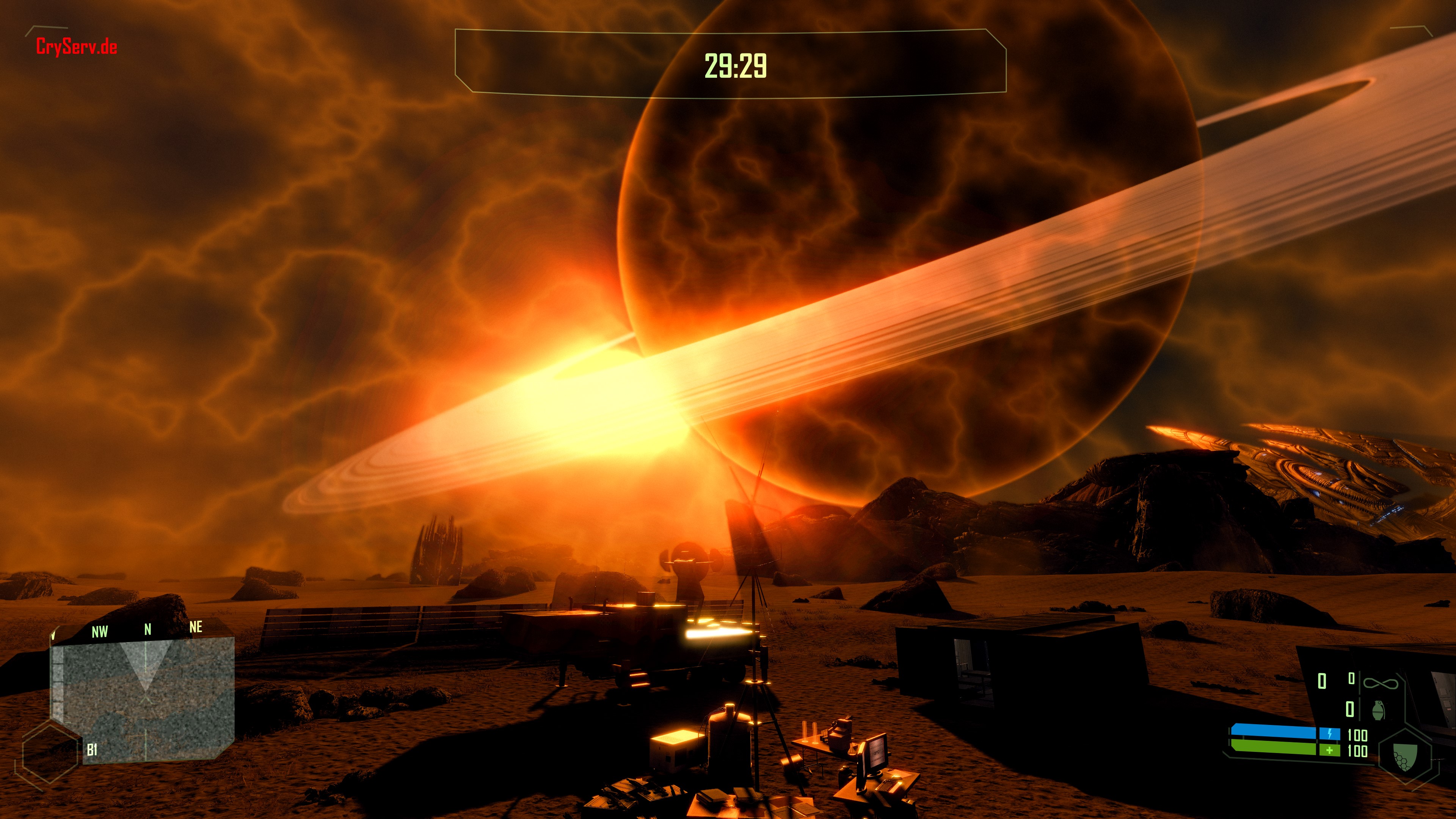 Many multiplayer shooters on PC between the late 1990s and mid to late 2000s not only had more content than today’s on average (and free added official content AKA DLC was commonplace), but they were designed to let players do whatever they want with the game due to vast modding capability thanks to official mod tools.

Recently, this has been seen with Arma 3 giving birth to PLAYERUNKNOWN’S BATTLEGROUNDS. But many massively popular multiplayer games began as mods before that.

Mods for multiplayer shooters sometimes make competitive gamers weary, but there’s no need for that. A game just needs a modded/unmodded filter in the server browser, and if competition is a big part of a multiplayer game, then ranked matches should be limited to unmodded servers. Everyone wins. Quake III: Arena, Unreal Tournament series, Counter-Strike series are as competitive as shooters get by design, and they are extremely moddable.

Not all multiplayer shooter modding results in total conversions and brand new games though. They can also lead to just enhancing the original game. Easy examples of this include SWAT 4 – why play the unmodded game cooperatively when you can instead play with Elite Force mod or one of its forks? Why play vanilla Rainbow Six 3 servers when you can play with improved mechanics, visuals, equipment and related functionality, and the original maps plus the maps from the unreleased expansion plus remade maps from the previous games plus brand new very well crafted maps?

Or for a more specific example, here are the mods I run on my Crysis Wars server:

The modded features of my modded Crysis Wars server over the base game includes:

Below is a general list that summarizes the superiorities held by older PC exclusive multiplayer shooters:

To drive this point home, we’re going to first show multiplayer shooters that simply have no modern AAA counterpart and no console counterpart. One game we refer to often is Natural Selection 2, a multiplayer FPS with RTS elements. Aliens vs Marines, five different kinds of aliens with real-time evolving into the higher tier but not all-around better ones (this game predates Evolve for your information), a currency system, jetpacks and exosuits for Marines, and each team starts off with one commander which plays an RTS rather than an FPS.

This official tutorial video explains it fairly well, although it leaves out lots of details:

Now consider that the Natural Selection franchise began as a mod for Half-Life (1998). Take that in and think about it for a moment.

A somewhat similar yet ultimately different PC exclusive multiplayer shooter would be the Power Struggle game mode in Crysis and Crysis Wars. The goal is to wipe out the enemy base like in the Natural Selection games/mods, yet the way to get there is substantially different as shown by the tutorial videos below.

Everyone knows Arma 3 by now, and its Zeus mode which is basically a game master for editing the game world in real time. This game is still supported today and shows no decline, making it one of few modern multiplayer shooters that isn’t dumbed down and reduced. DayZ began as an Arma 2 mod while the aforementioned PUBG began as an Arma 3 mod. So to all those against modding for multiplayer shooters, just remember mods literally gave birth to many of the most popular multiplayer games of all time, including Counter-Strike and Dota 2 as well.

Other classic multiplayer shooters with innovative game modes include Enemy Territory: Quake Wars, Star Wars: Battlefront 2’s Galactic Conquest (the original Battefront 2, not the modern watered down one), Battlefield 2142‘s Titan mode, Unreal Tournament’s Assault mode, Unreal Tournament 2004’s Onslaught mode. All of these in particular require a lot of teamwork, tactics, and thinking in general, and they created such a diverse multiplayer shooter scene compared to everything today being battle royale, looter shooter or a hero shooter. Team Fortress 2 has more game modes than one can keep track of.

The amount of great PC multiplayer shooters, which are inherently far greater than console shooters due to the flexibility of the PC platform (server side mods, client side mods), has reduced significantly. Included dedicated server applications with the games, extensive modding, actual worthwhile DLC, and dozens of maps and tons of items/equipment by default used to be the norm on PC, but now mainstream multiplayer shooters on PC (excluding Valve) are no different than their console counterparts. Atrocious money grabs, extremely limited and repetitive games designed for children.

But these great multiplayer shooters haven’t died out completely. It is true that not many people play the older greats, despite many of them still being perfectly obtainable and playable to this day (something that can’t be said for the vast majority of console games predating PS4/XBOX One), but some great modern multiplayer shooters still exist and are stilled play today, they’re just rarely AAA games. Games such as Arma 3, Natural Selection 2, Insurgency: Sandstorm, Squad, Rising Storm 2: Vietnam, Valve’s games, and others as well. Some great classics also remain at least somewhat alive, such as Quake III: Arena, Unreal Tournament and Unreal Tournament 2004, Battlefield 2: Project Reality, SWAT 4, Rainbow Six 3, Garry’s Mod, plenty of others. PC gamers will never let true PC games die out completely.

Essential Mods for the S.T.A.L.K.E.R. Series

[…] this is a topic we have written about extensively. Read all about that right here. But in a nutshell, we are referring to the fact that 2000s PC multiplayer games usually have these […]

[…] badly damaged genres in gaming, having deteriorated so much that it is hard to fathom. We have an article explaining this degeneration right here. It isn’t just the games that are worse and objectively lesser, but the communities as […]