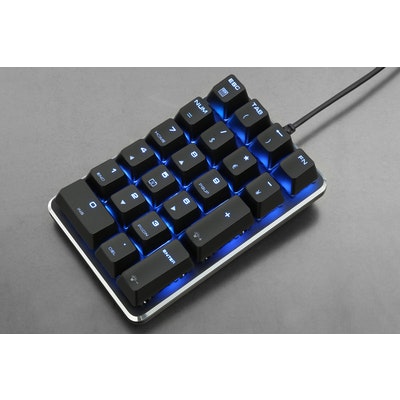 Last month I reviewed the Cooler Master Storm QuickFire Rapid, a keyboard designed for the gaming enthusiast. Now we’re switching gears a bit with the Adesso AKP-220B – a mechanical 22-key pad. This keypad uses a different type of mechanical switch and is a new experience for me. It is also one of the only affordable mechanical keypads, setting me back a mere $32. So lets see if it’s a true bargain.

The Adesso AKP-220B arrived one day early in standard packaging, listing all of the features and what not. Why they never clarified which mechanical switch it uses is beyond me. Some of the pictures show what looks like a Cherry MX Blue switch, but there is no direct indication.

Opening the box reveals another one, with a basic users guide telling you when and how to plug it into your PC, and other simple things.

The keypad came in a clear plastic bag underneath the manual. Yes, I realized my mouse was quite dirty. I cleaned it afterwards, don’t worry.

A PS/2 adapter was pre-installed over a USB cable. PS/2 gives you NKRO capability – meaning you can press any amount of keys simultaneously and they’ll all be registered. USB mode will give you 2KRO not counting specialty keys like CTRL. PS/2 is also interrupt based, and doesn’t use polling. The cable is of standard quality – no notable braided sleeving like my QuickFire Rapid. Sadly the cable isn’t detachable either, as expected.

Before I got to work, I grabbed my keypuller and removed a key. Yep, those are Cherry MX Blue switches. The pictures did not lie.

Here’s a general look of the keypad. It feels quite ordinary, not packing extra heft or durability. The surface is textured as are the keycaps. The font is also ordinary, which is quite nice. Not everyone likes unique fonts like the one on my QuickFire Rapid. The keycaps are probably ABS, as they don’t feel any better or worse than the ABS keycaps I already own. All number keys are present, as well as enter and other arithmetic assignments, shift, tab, backspace, print screen, numlock, Esc, and a green light indicator telling you whether or not numlock is activated (off means it’s activated). Turning on numlock causes the secondary function of the keys to work instead – such as home, up/down/left/right, pageup, pagedown, and End.

The back has two rubber feet plus two folding stands.

So this is my first experience with Cherry MX Blue switches. To be honest, they feel exactly as expected. Activation force is 50g – only 5g higher than Cherry MX Reds which my keyboard uses, therefore activating them requires less force than standard rubber domes. Blue switches are clearly designed for typing, and in my opinion, they’re easily the best typing switches out there. It’s hard to ask for more – they have a noticeable tactile feel with a click telling you that the key was registered. The tactile bump/click occur about half way down. Combined with the light activation force, you can really just give the keys a quick, light press and move onto another key. They aren’t that loud either – when bottoming out they are pretty much the same noise level as Cherry MX Red switches. You just can’t be quiet with them due to the audible click. I’m sure it isn’t as “manly” as buckling springs, but I don’t see any room for improvement on a typing switch.

I think that’s it for this section. I have rather mixed feelings for this keypad. Move onto the next page for more…

I know what you’re thinking. Conclusion already? That’s correct – there’s not much more I can say for a keypad. It does what it’s supposed to – it has extra keys, including a numpad as well as others. I do like the Cherry MX Blue switches a lot, and I can’t imagine a better switch for typing. They’ll do just fine for gaming as well, even though a tactile feel may not be desired for such purposes. The build quality of the AKP-220B could be improved I suppose, although I guess I expected this out of a keypad that costs considerably less than most of its competition. Time for the scoring… 5 is the highest score in the subcategories as usual. 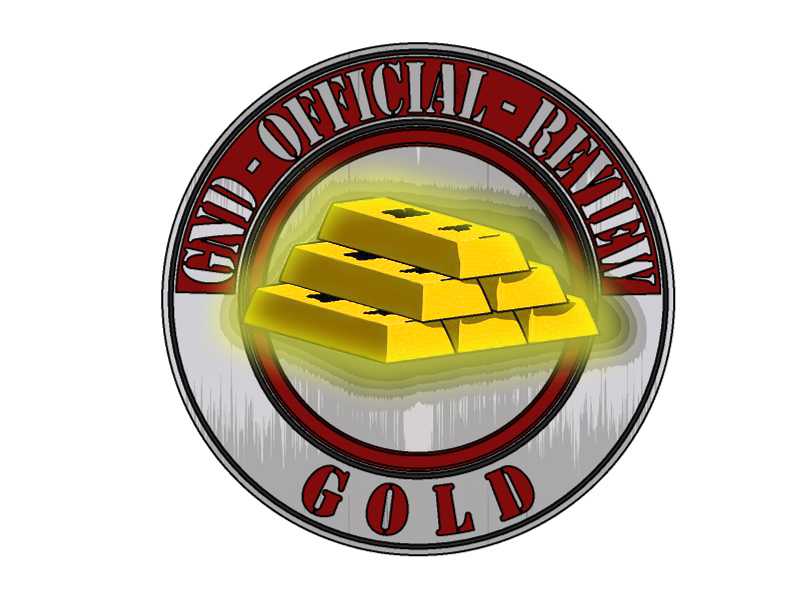 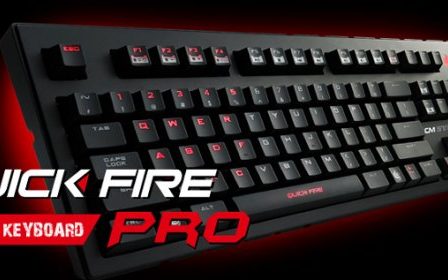