How my friend Mario and I defended the King’s Barrow from the Soviets. A mod is used for this map, as it aint in the vanilla game. 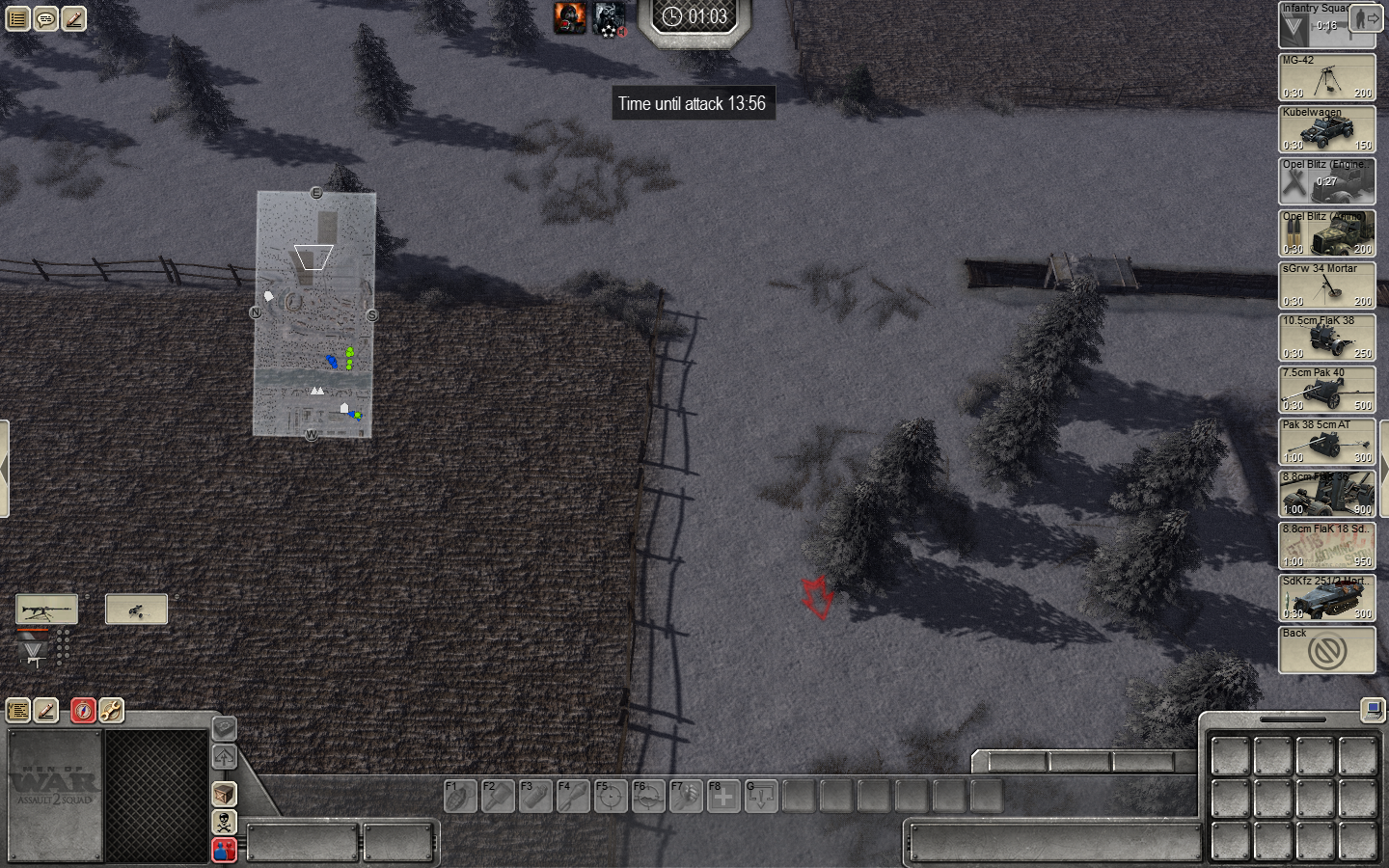 This is the first shot and shows a part of the central defense, 1st line. We know they are going to come from the East, so this is definitely the first line. 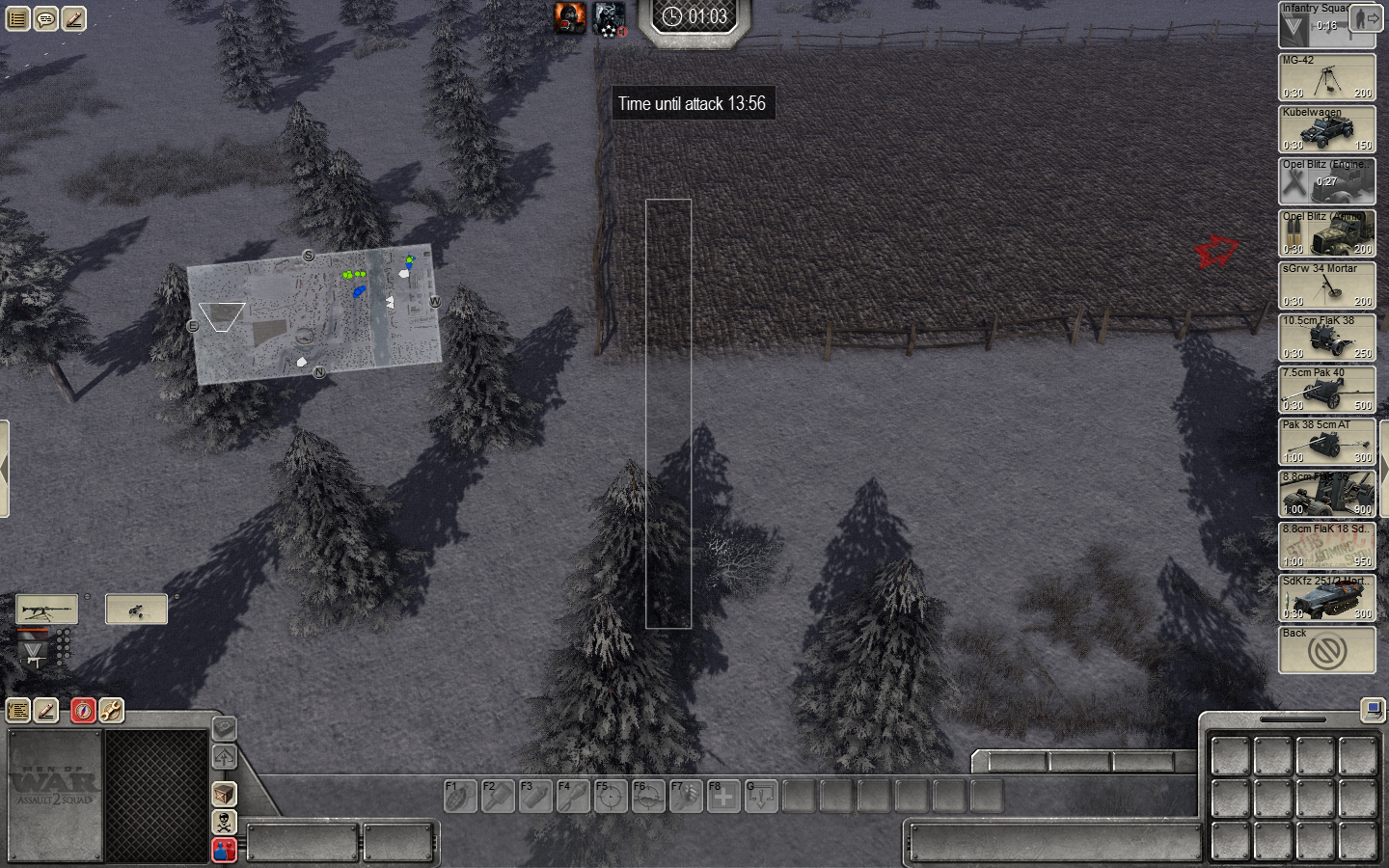 This is me measuring the first death line. This is where we need to stop at least 80% of the enemies if we want to survive. There is no other way to survive than to stop 4/5 of their troops and vehicles there, far away from our defensive positions. 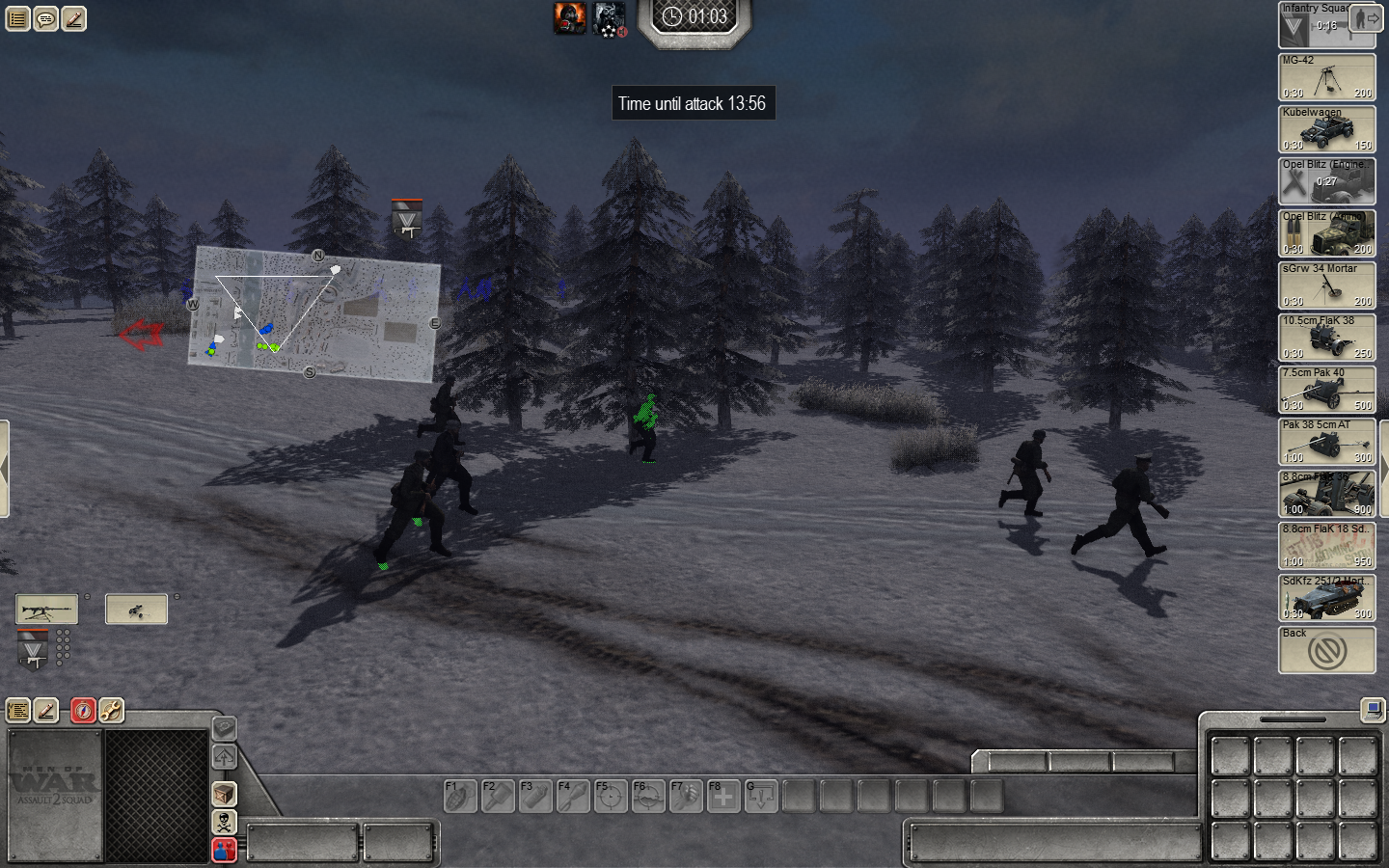 My soldiers are running through the snow to the front line. This is our first squad and we have 15 minutes to prepare. 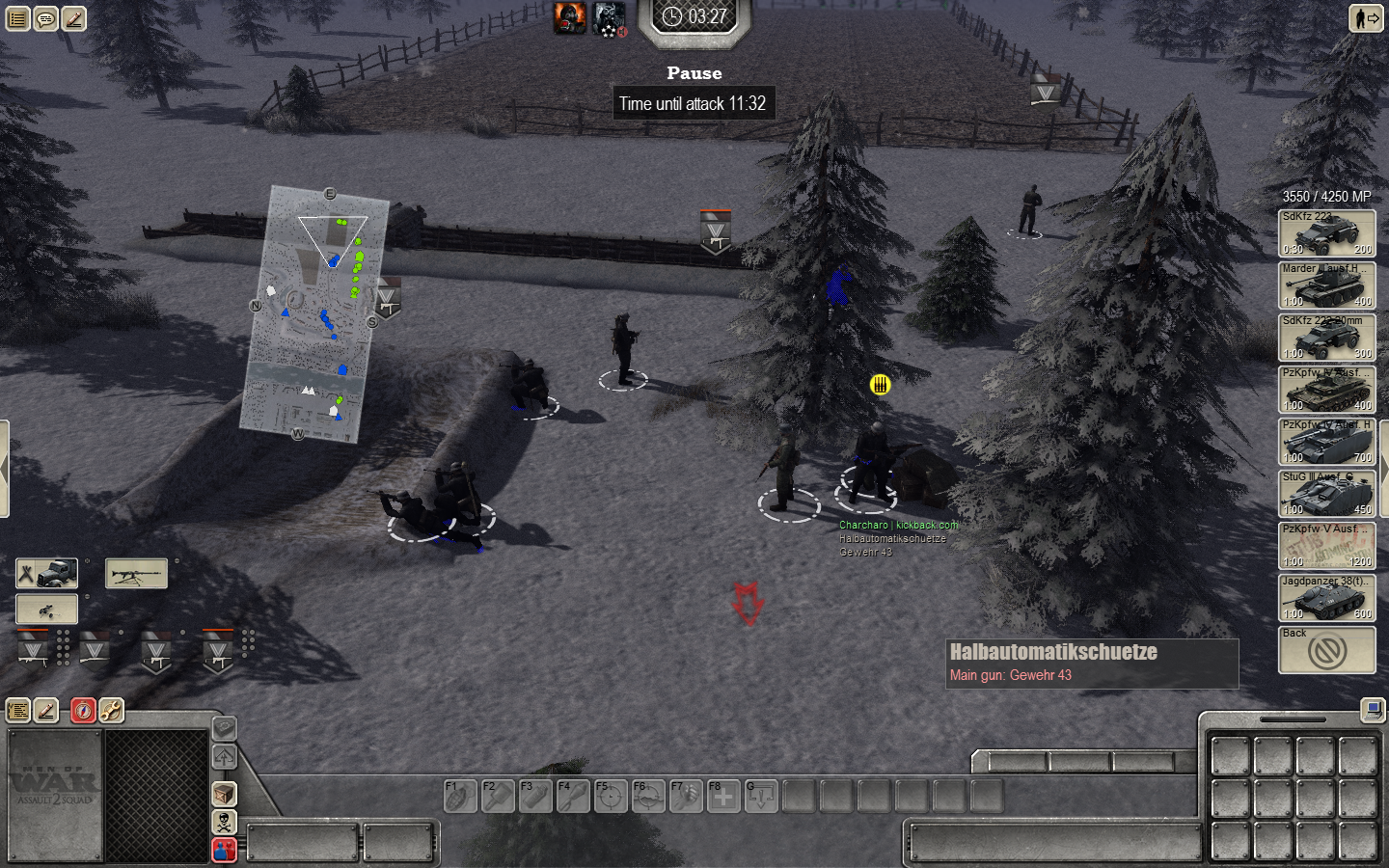 We are getting ready to create defenses. My soldiers are getting more ammo, Mario's forces are already at the front, making a defensive line of tank traps and mines. 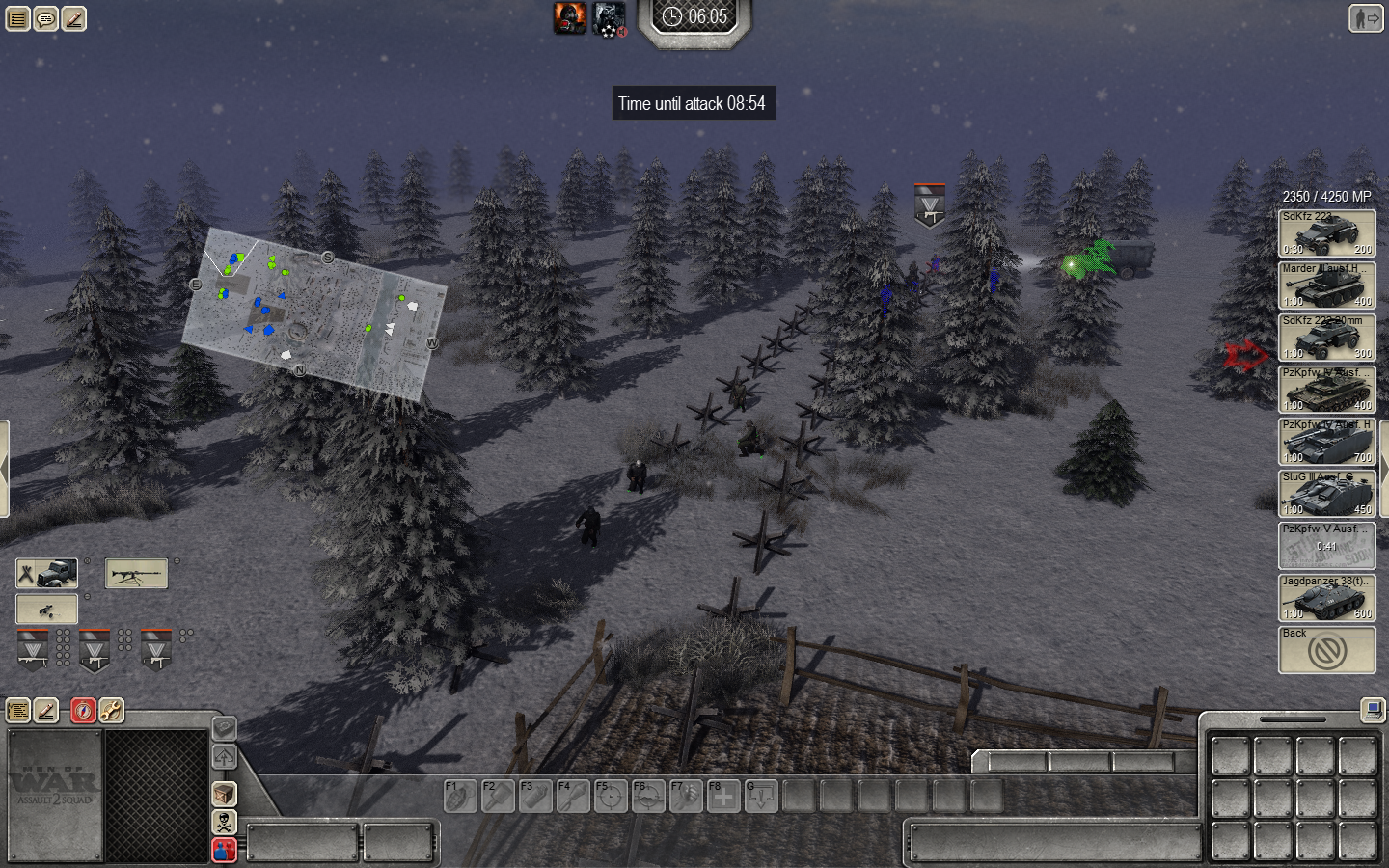 The first part of our defense. These tank traps have to stop/delay the enemy. We are progressing very fast. My heavy machineguns are in position as can be seen from the map. 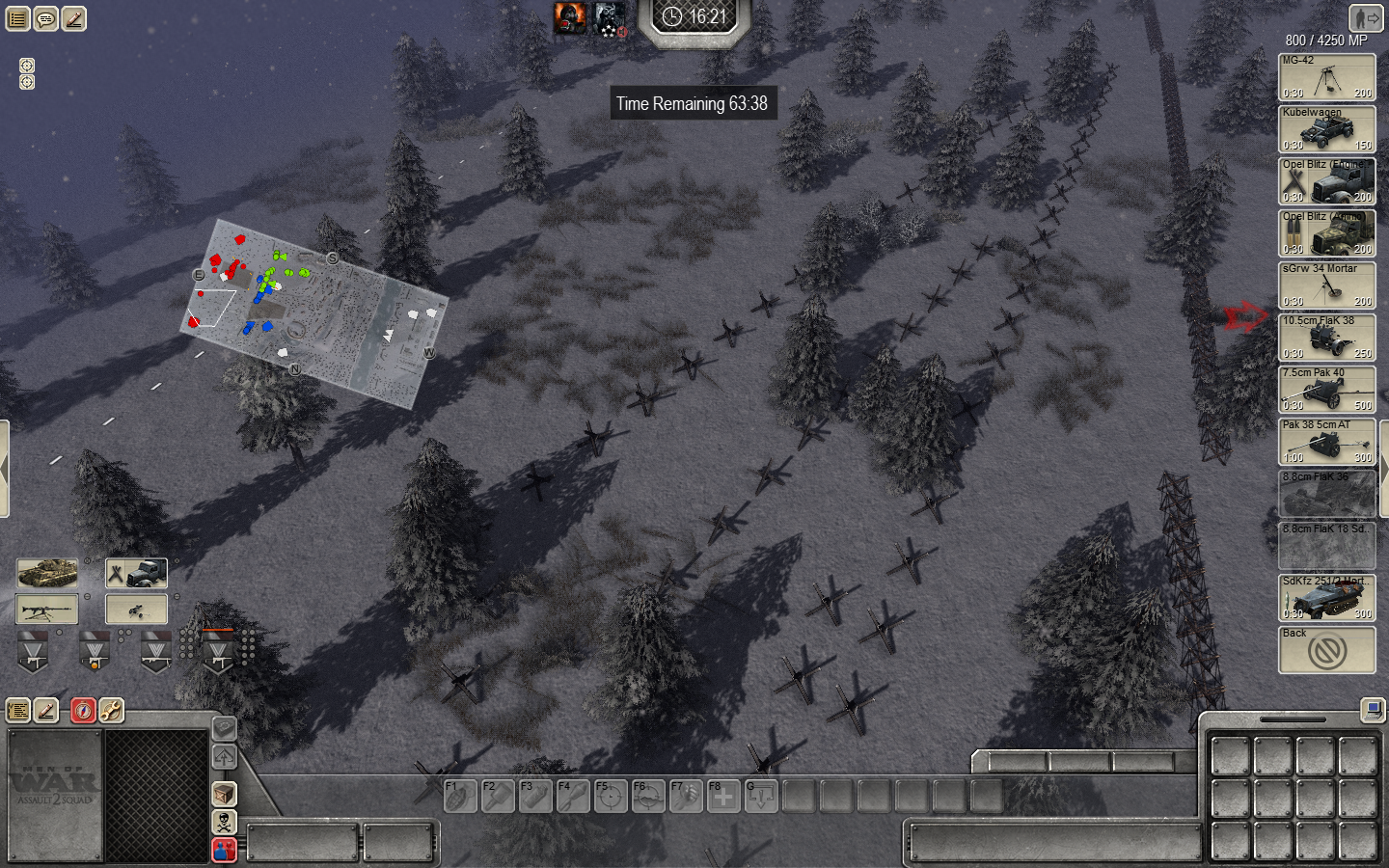 This is my part of the line, I decided to create it like this so as to space them out for my field guns. There are mines to the south (can not be seen). A huge minefield. 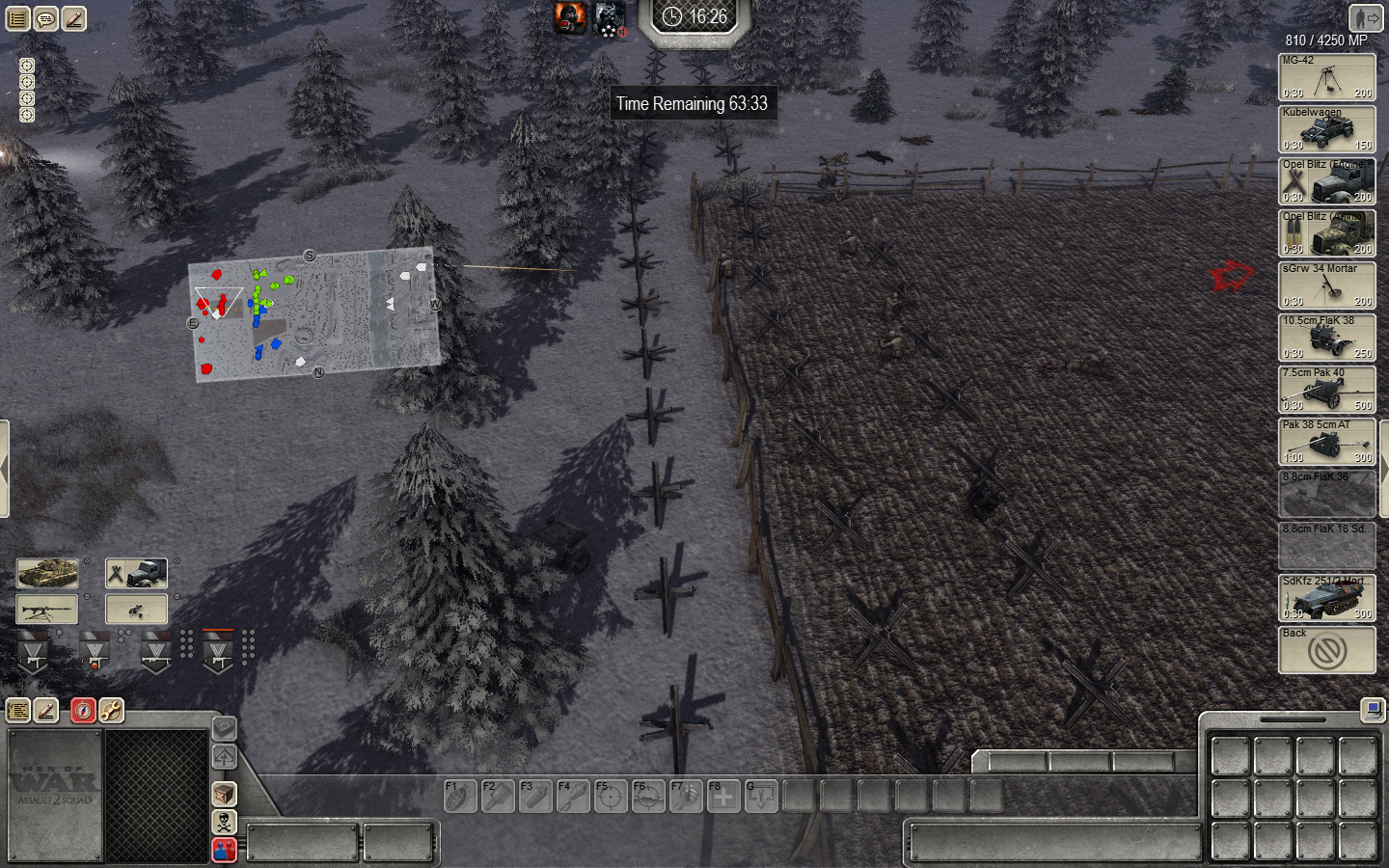 A few of our soldiers that laid down the traps were left behind to slow them down as the engineers were preparing positions further south. 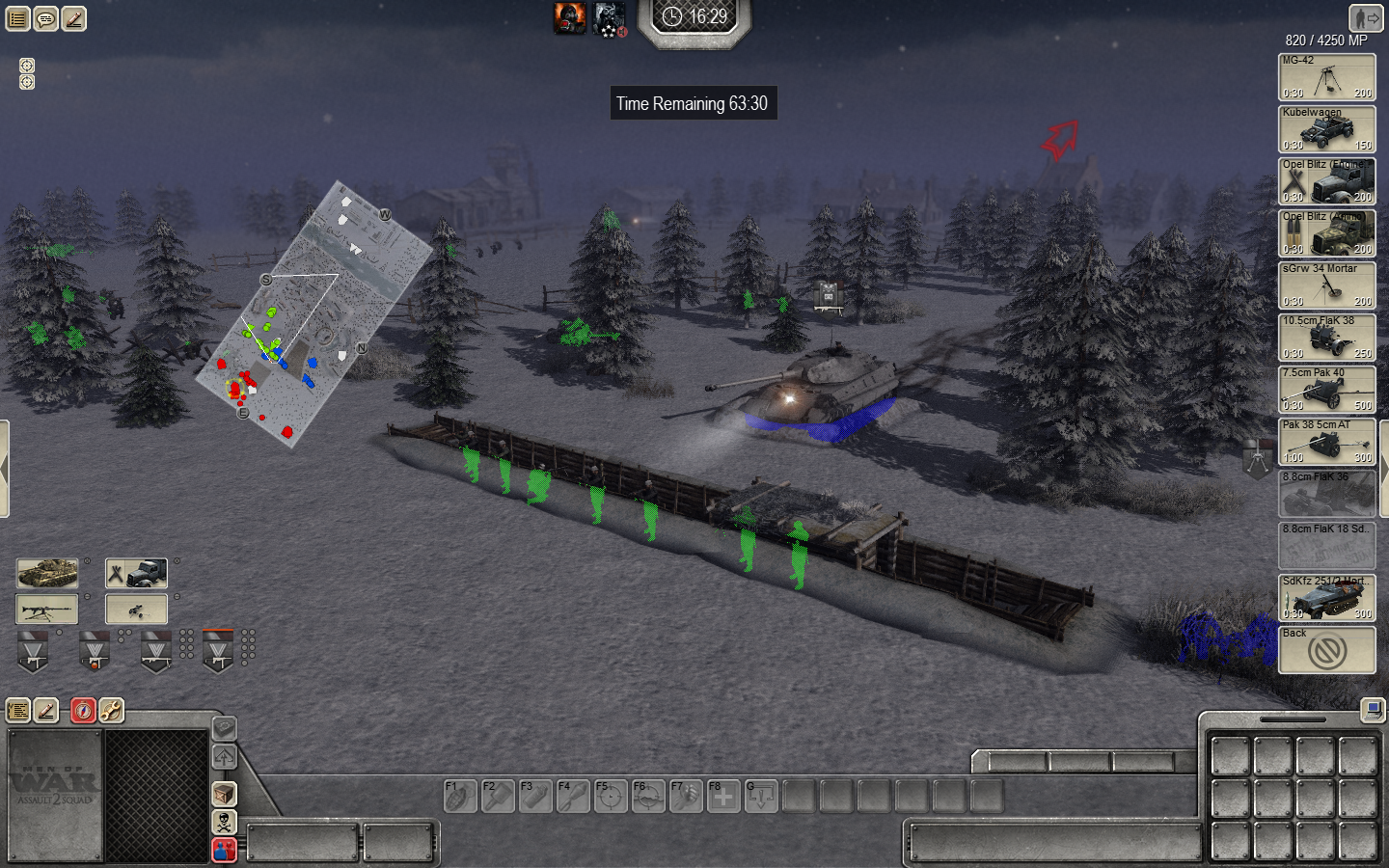 Our center. The King Tiger is mine, the soldiers are Mariom's. My MG nest is hidden in a bush lol 😀 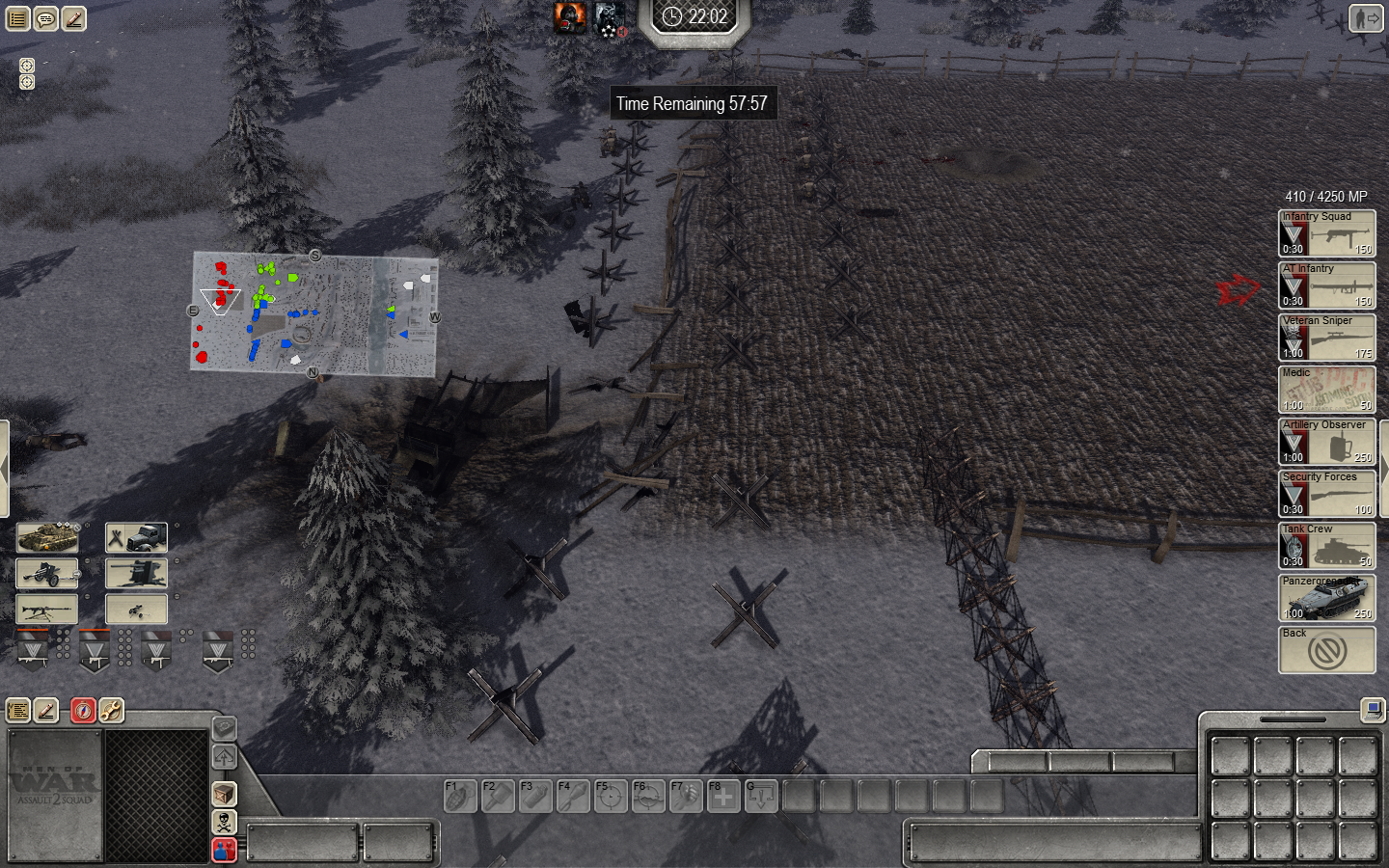 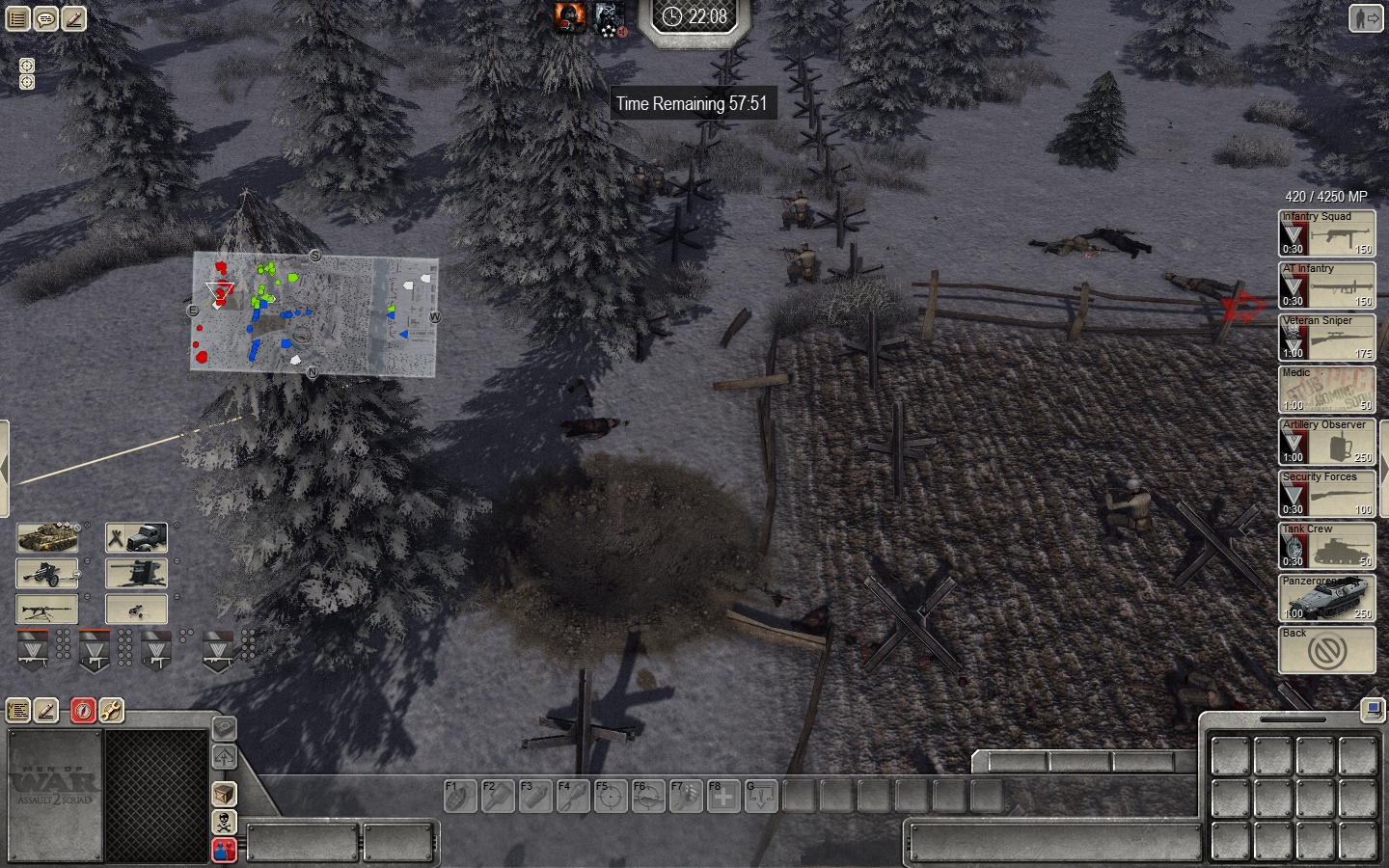 Another one... well things are very bad. 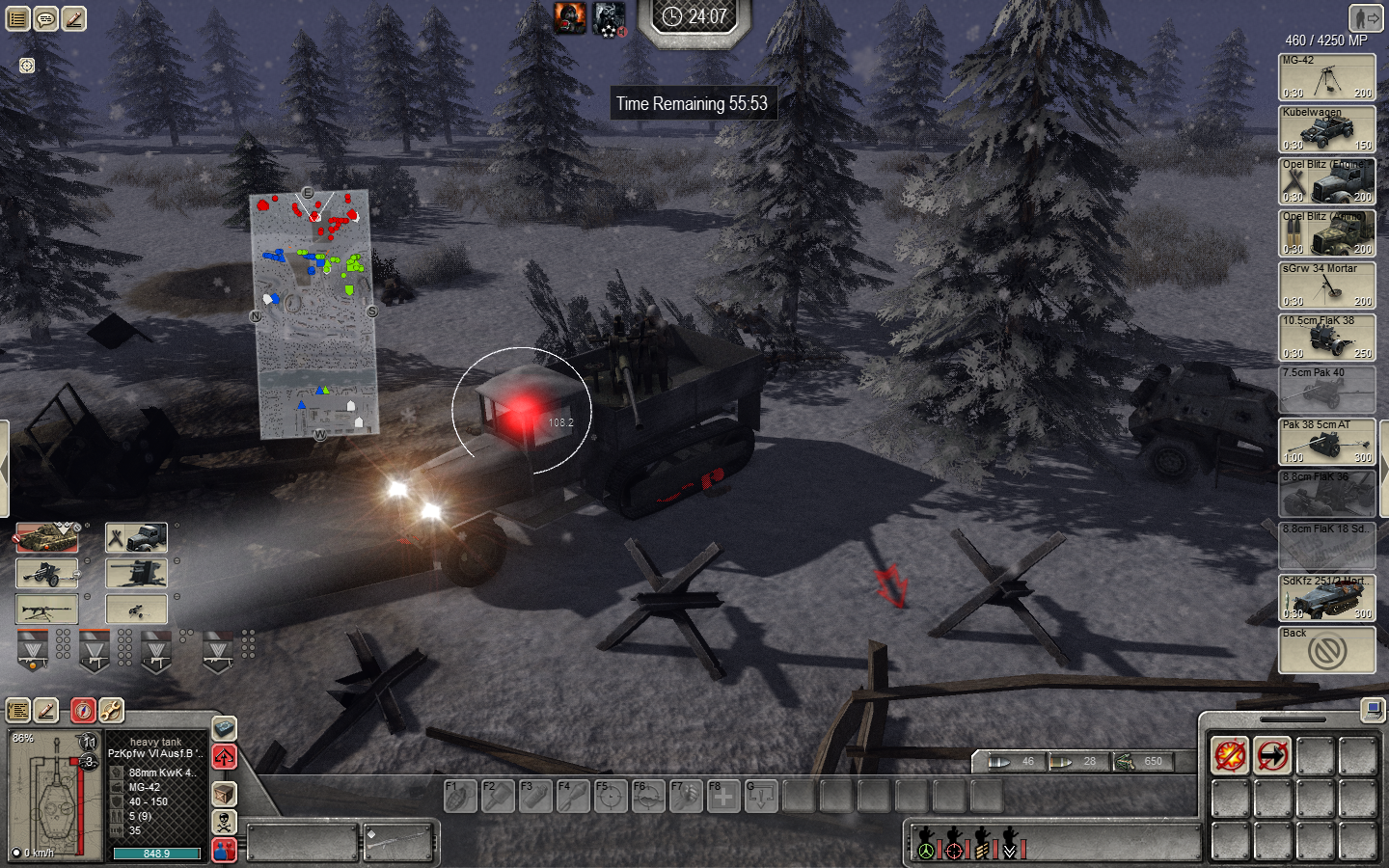 I am aiming my King Tiger at this vehicle. Need to destroy it fast and not hit the tank trap. 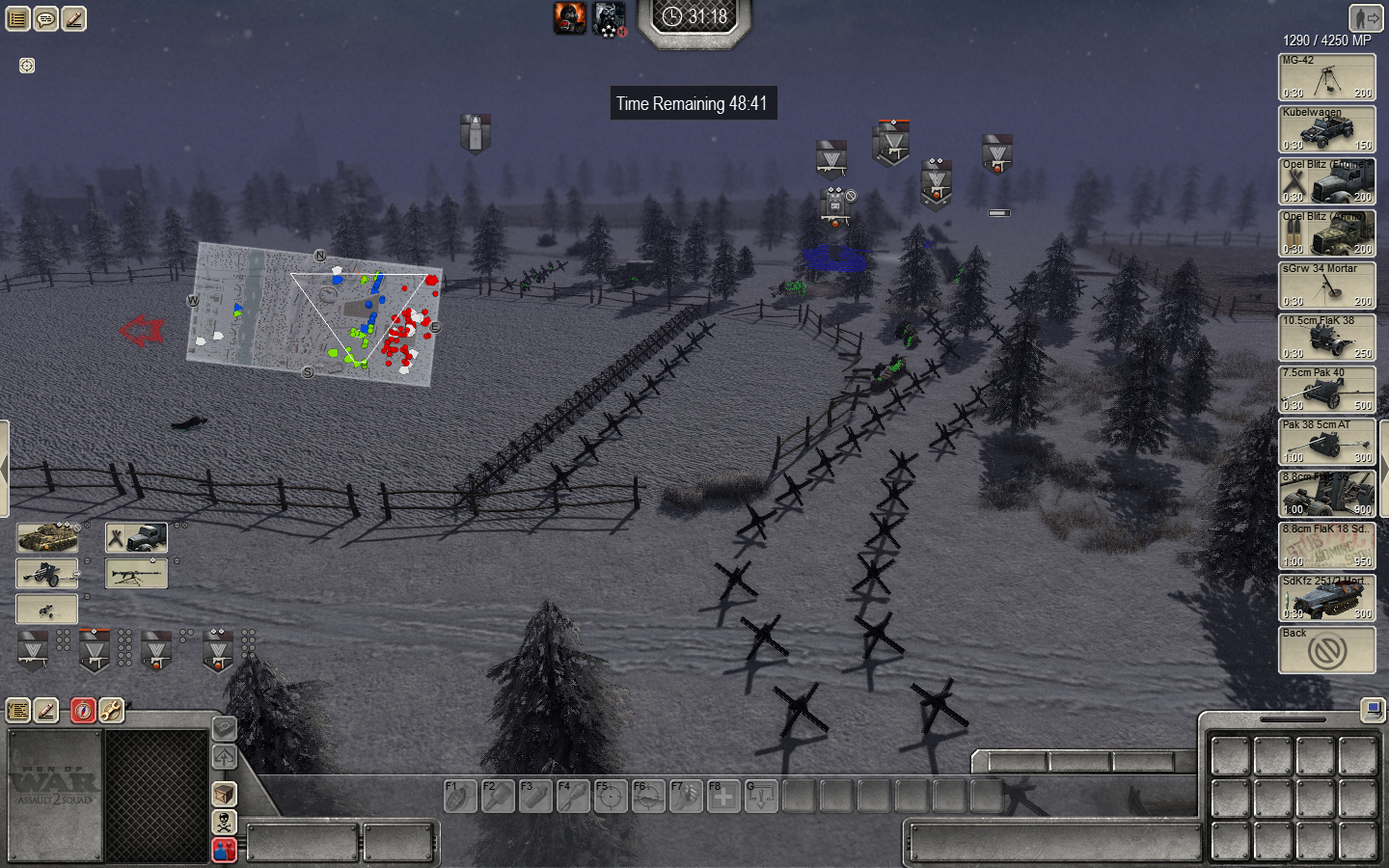 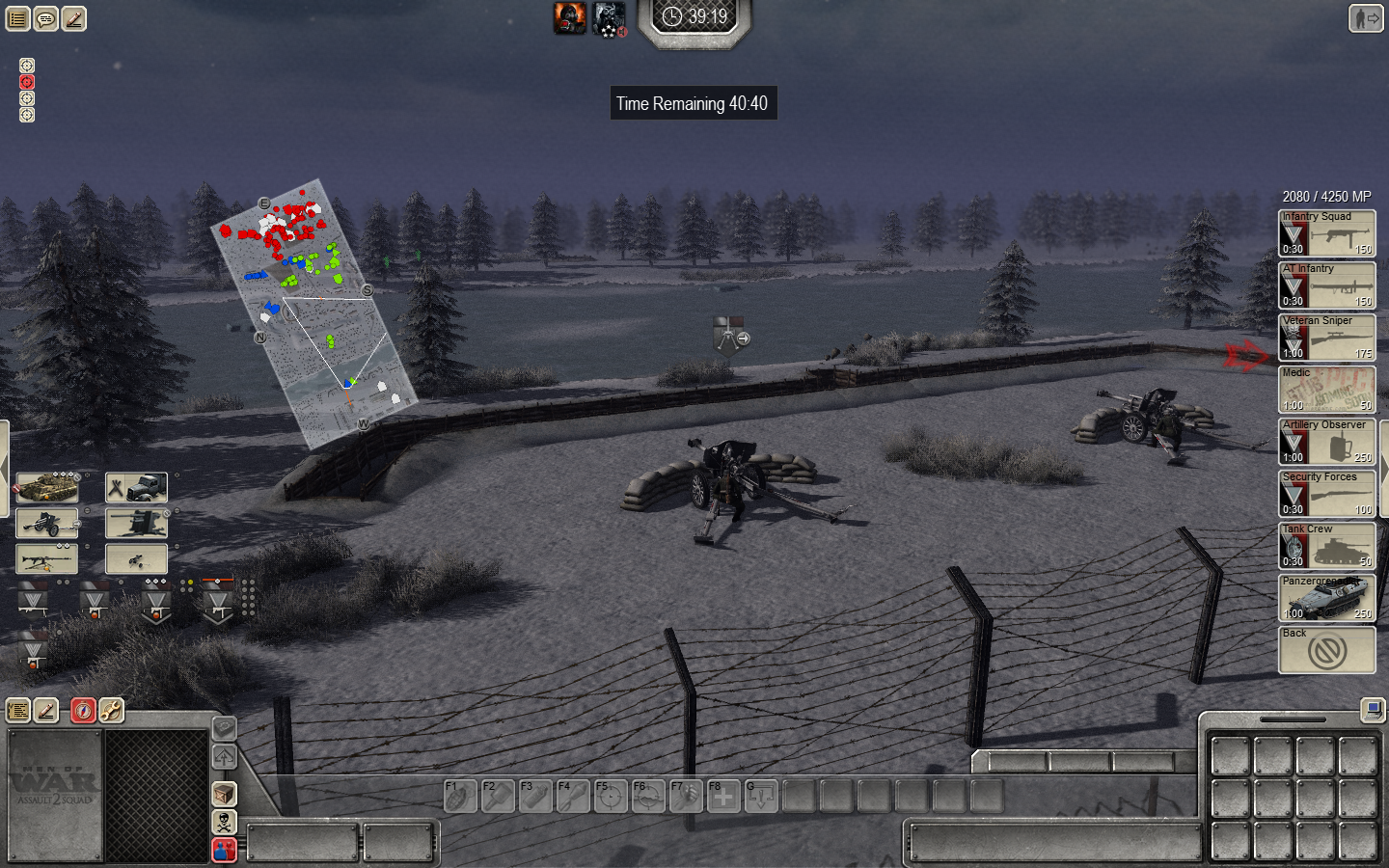 We secured the arty from the back. Time to bring the pain to the front line. 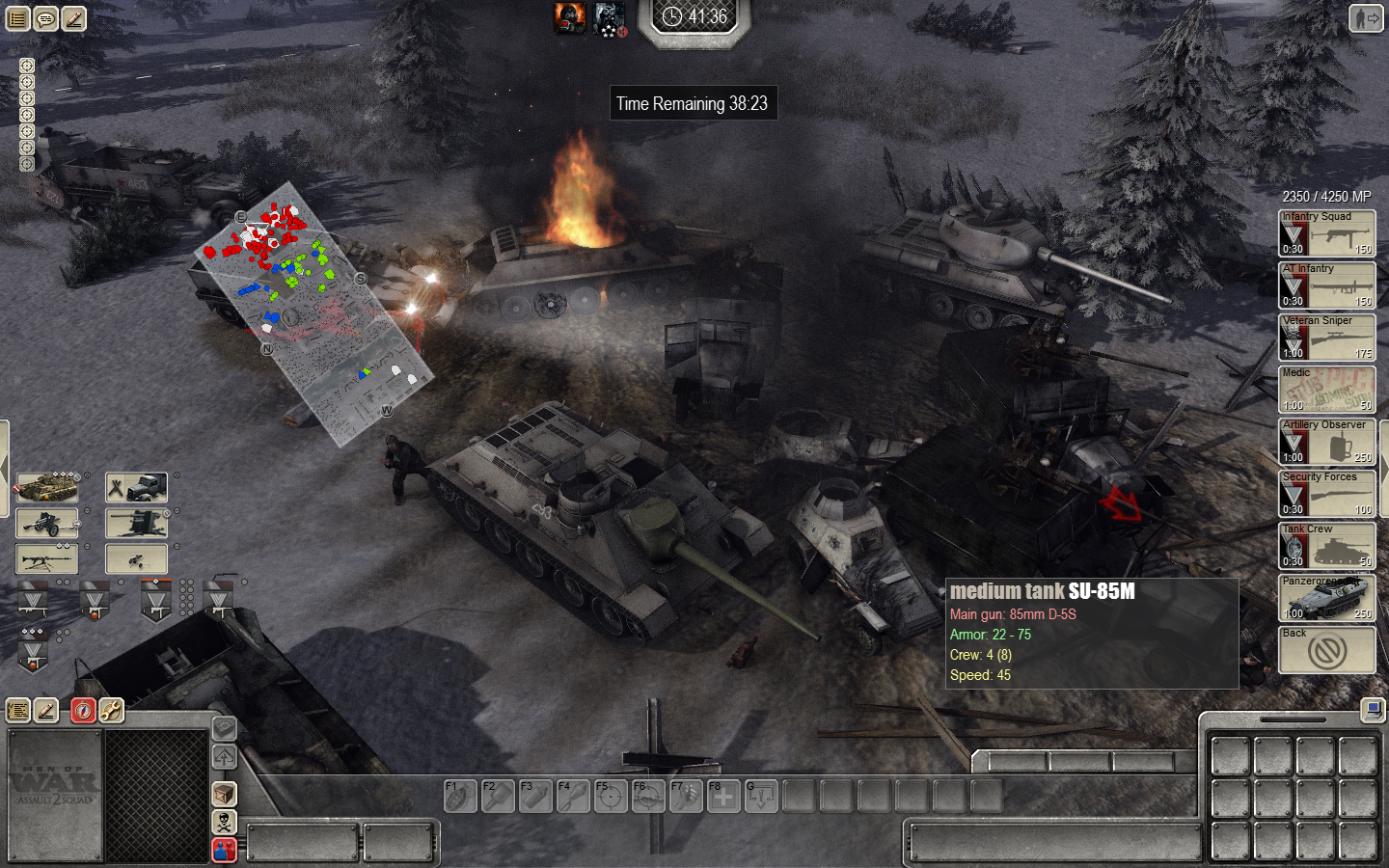 A graveyard for the enemy. 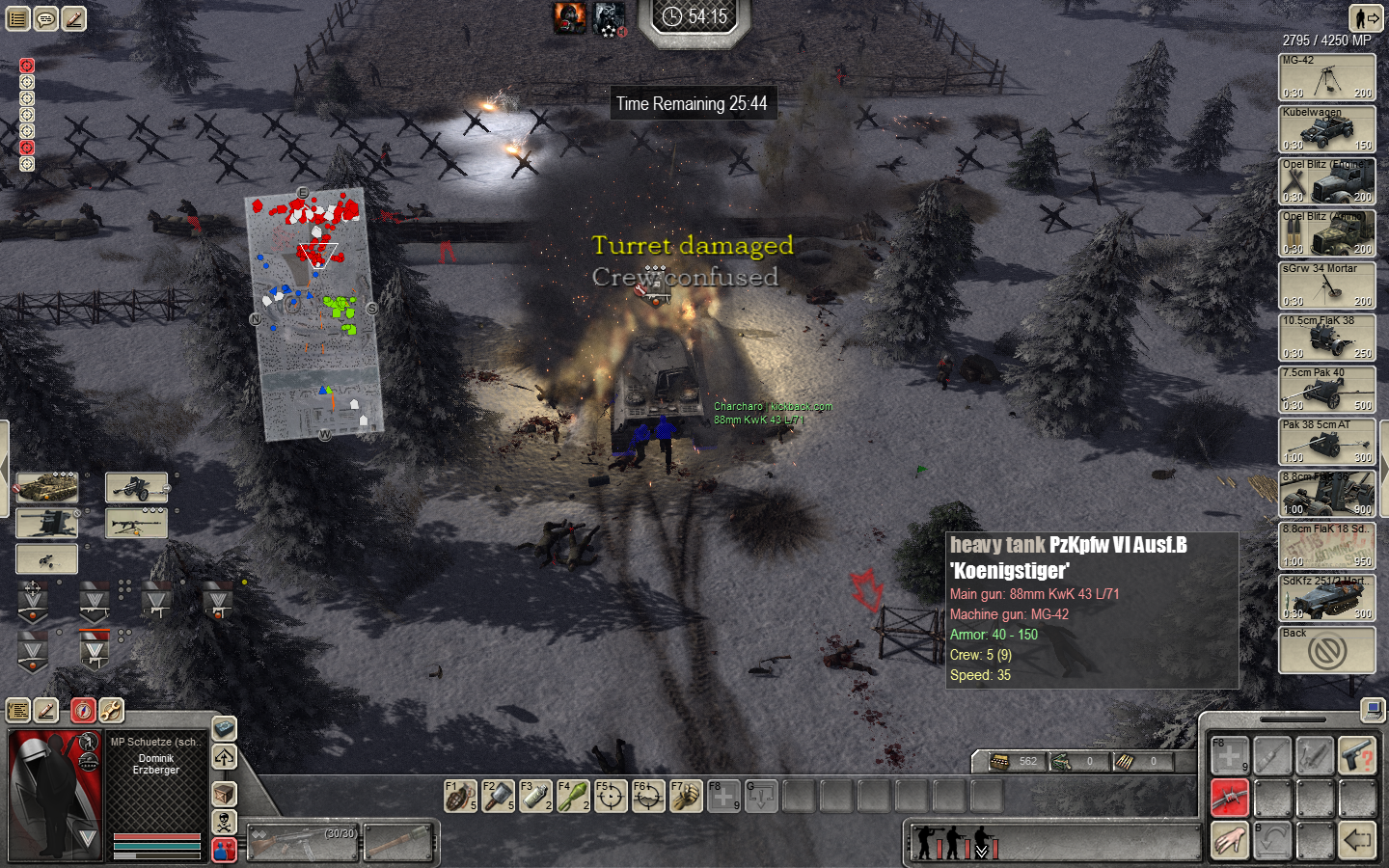 They penetrated our lines. The King Tiger is the only one left as his tracks were destroyed. I can not save him.
We did try smoke charges + special forces rushing in to alleviate the tank so that engineers make fix him. However, whilst the little offensive did kill a lot of enemy soldiers, it also ... was pointless. We were unable to save the tank. 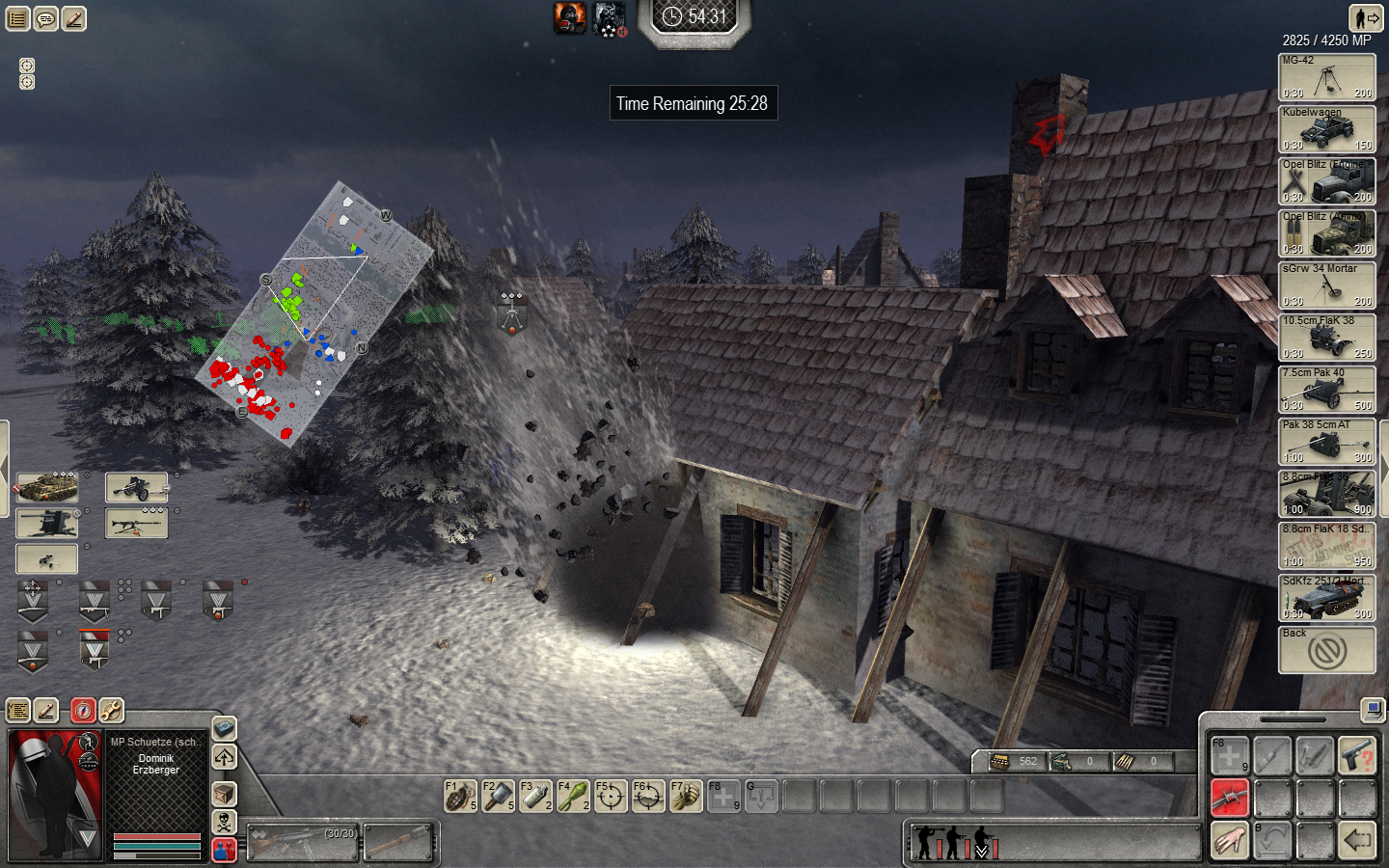 During the battle we noticed that as enemy shells were ricocheting from the turret, The shells hit the village 🙁 We lost a few men due to the ricochets and fragments. 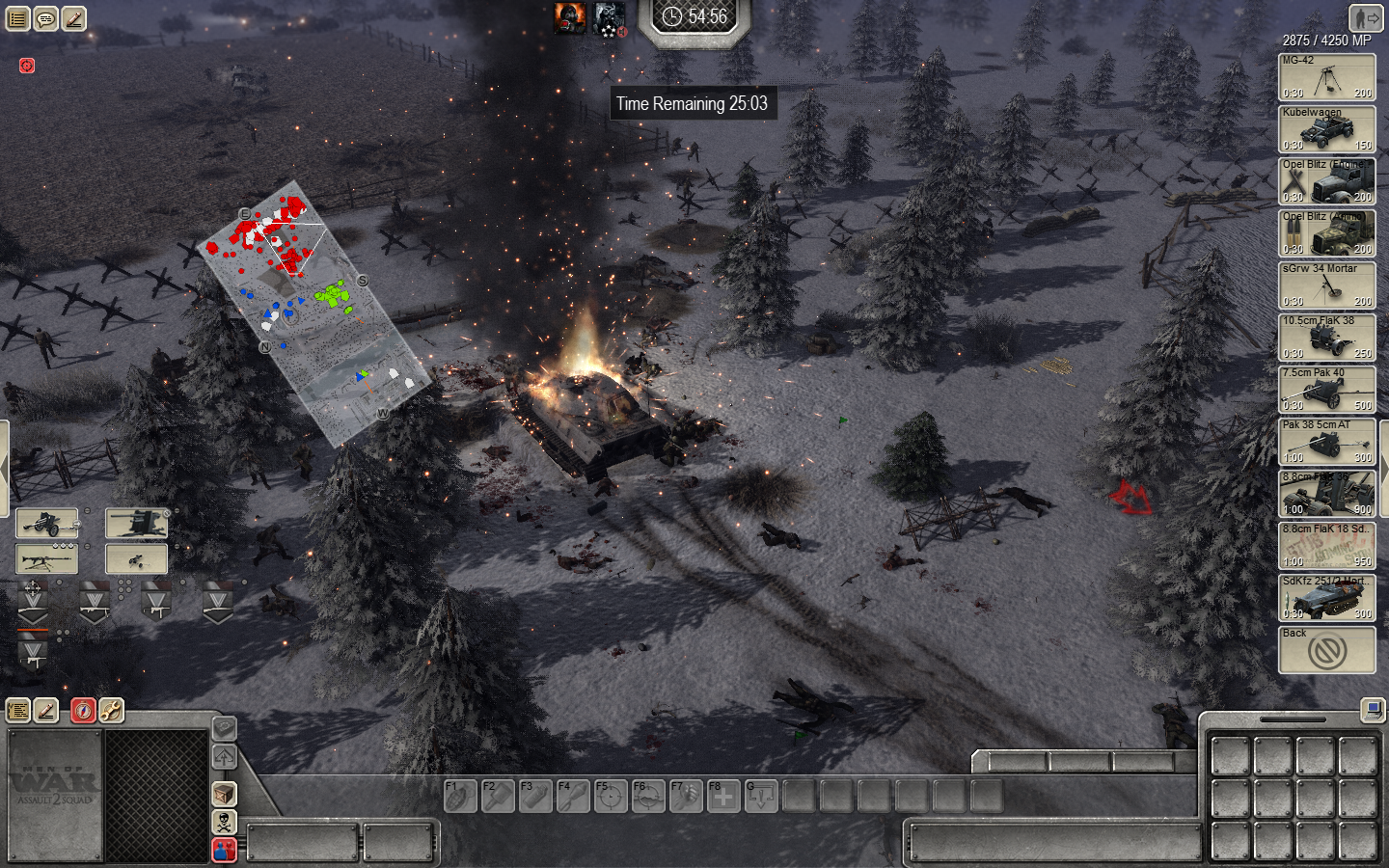 Molotov cocktails cooked his ammunition. Such is life. Completely destroyed, fizzling as the ammunition was detonating (it had very little left). 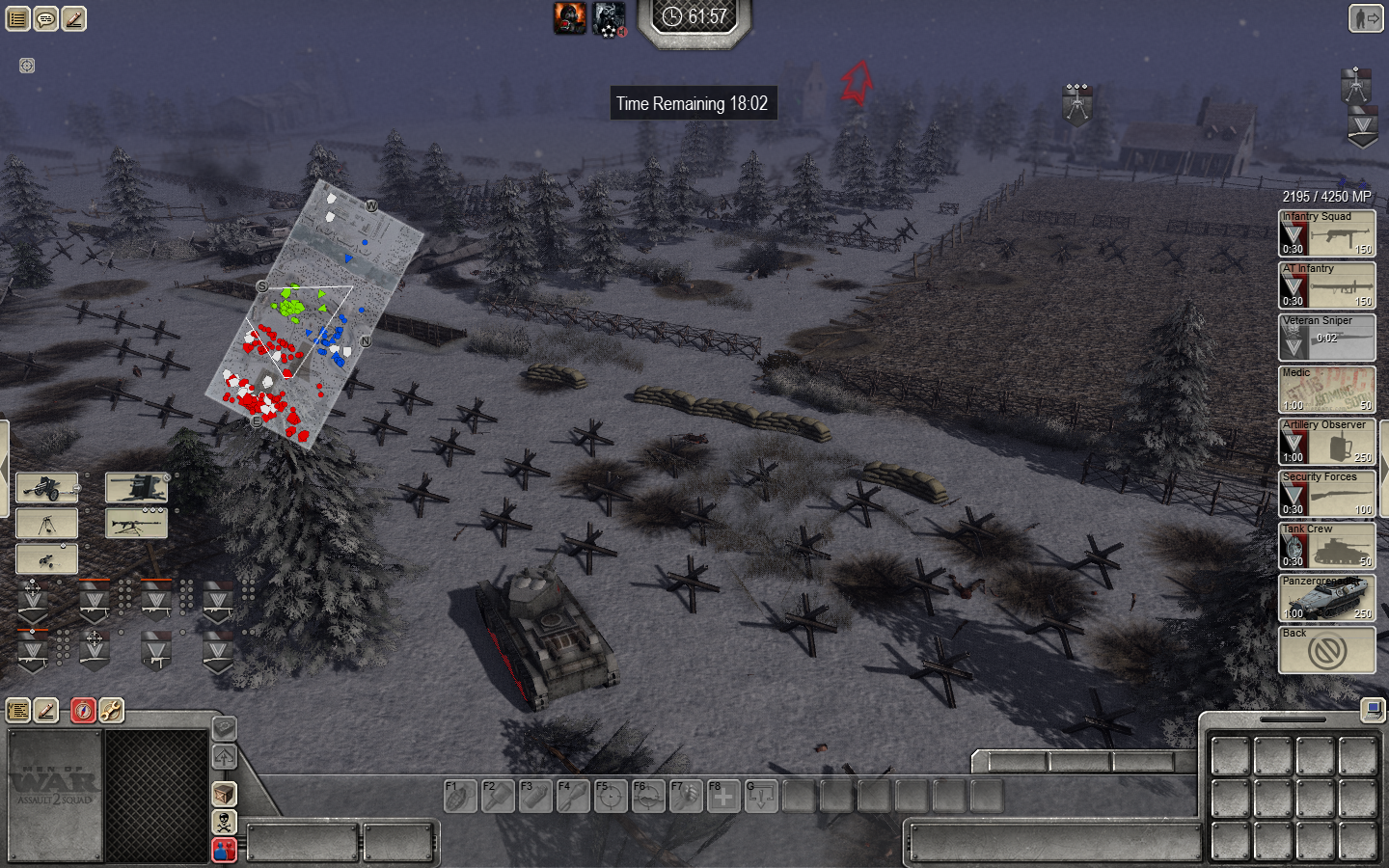 These are my abandoned positions. Full retreat. You can see on the map that we were completely out of there in a matter of SECONDS ! 😀 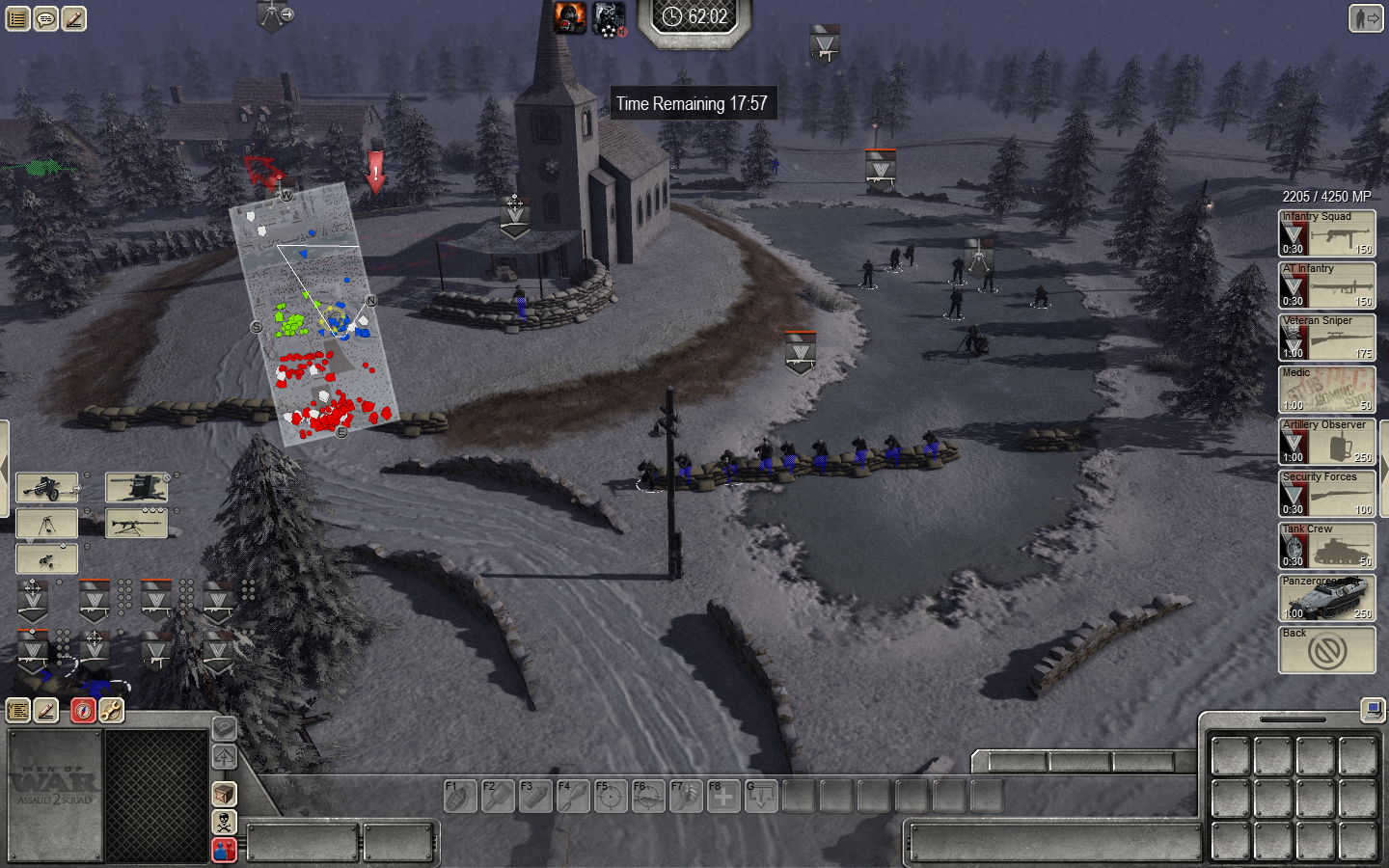 We are good players. We want this to be over on this line, the village line. No need to be pushed back further.
During the battle at the front we were preparing for this. We had no other defenses left, we are all in with this line. 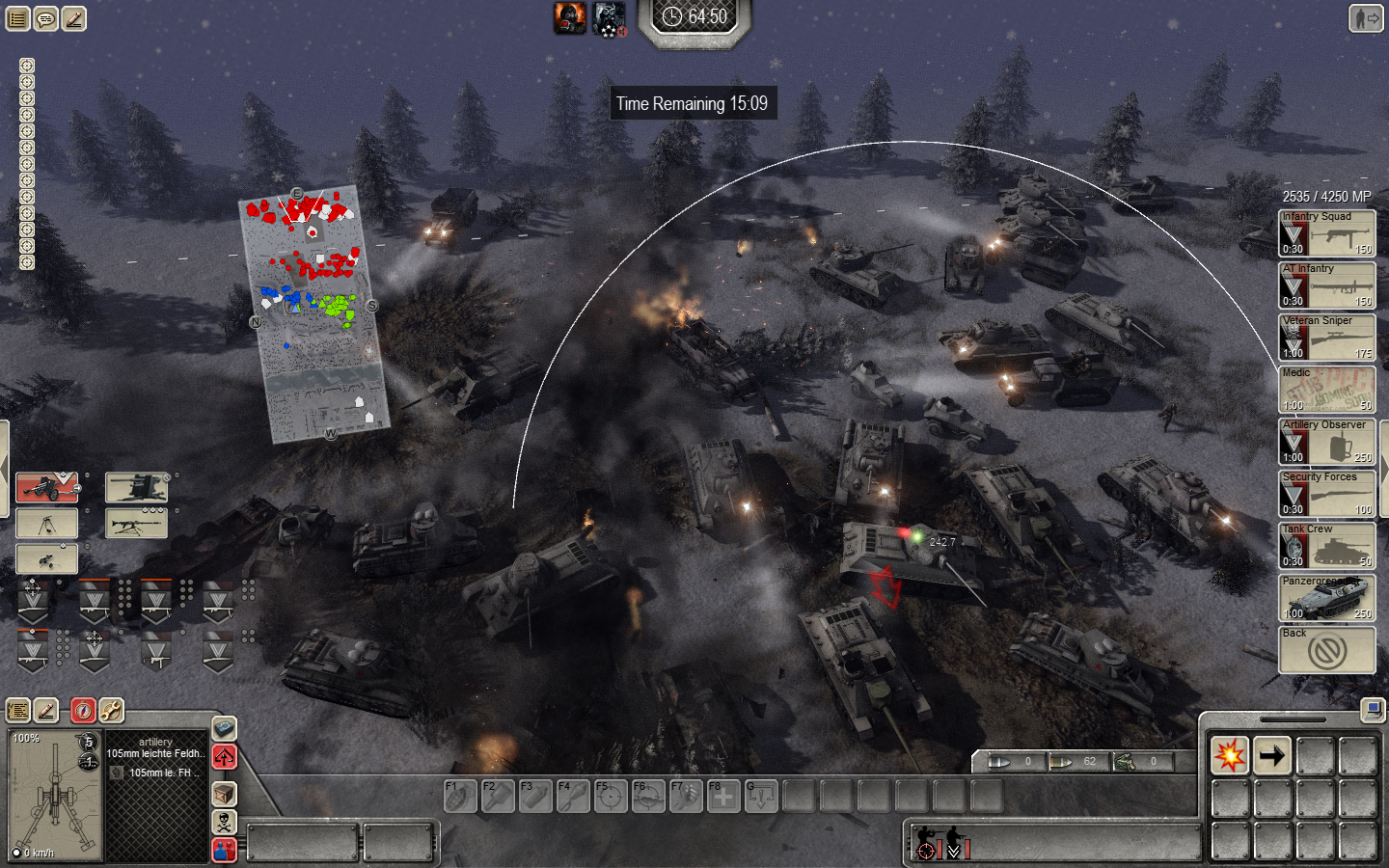 I am in manual control of the arty. Time to destroy some silly AI tanks. 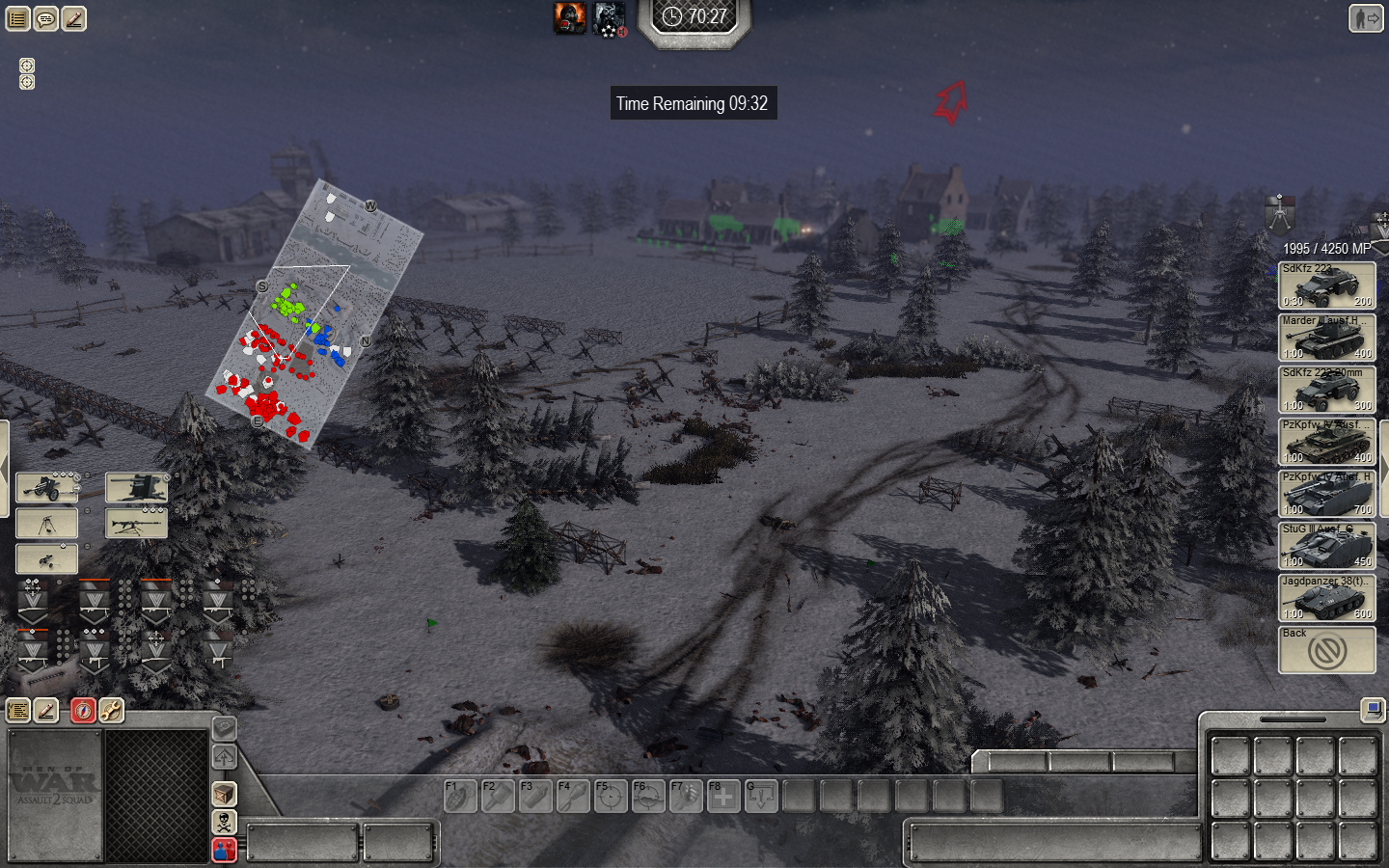 This is our line. As you can see it is penetrated in the middle already. However... every other part of it still holds. So we have one place where enemy armor can enter and all the others are covered by snipers. Time to end it. 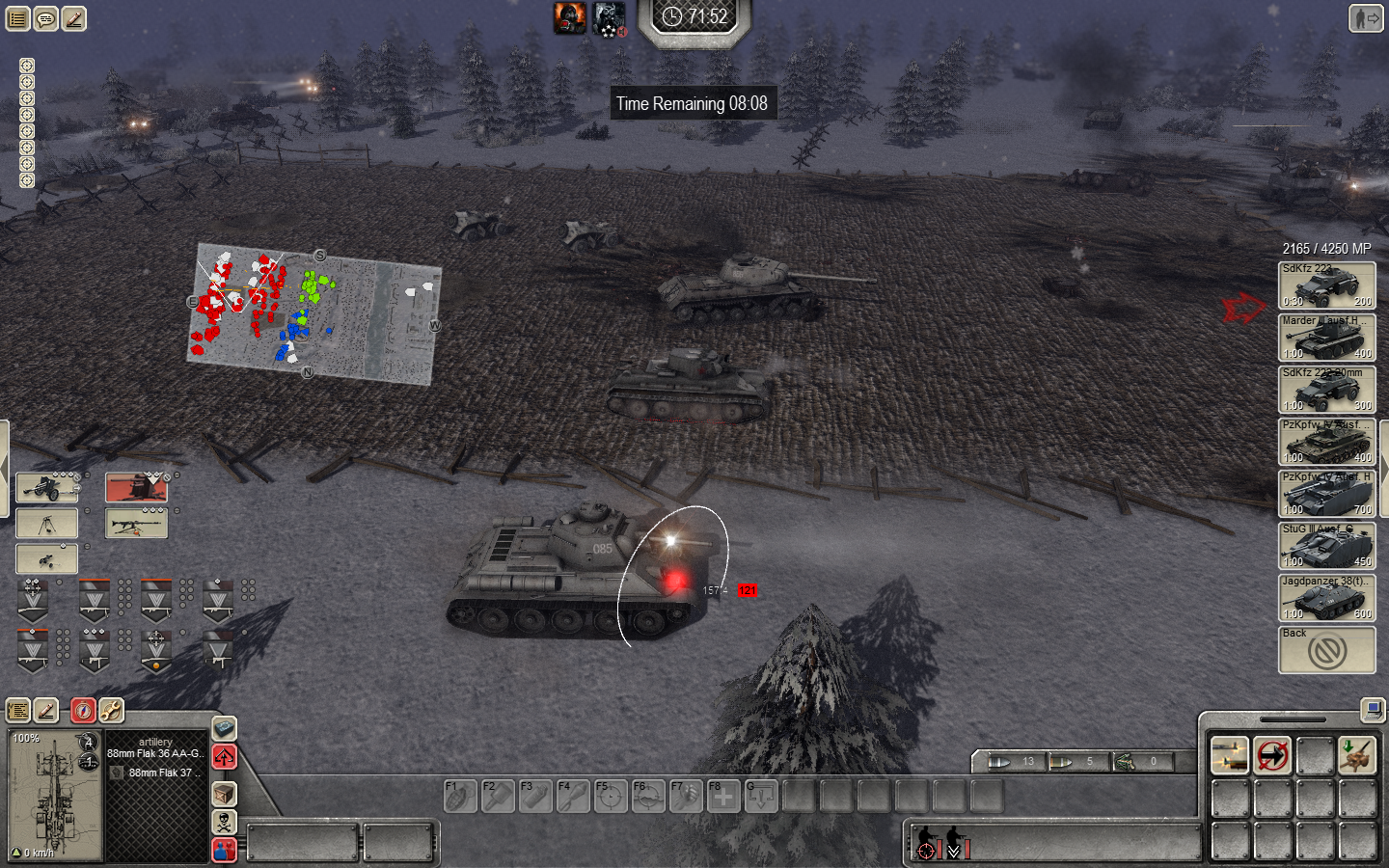 I used a truck to get my Flak 88 to the front line. Am aiming it manually to slow down the enemy. 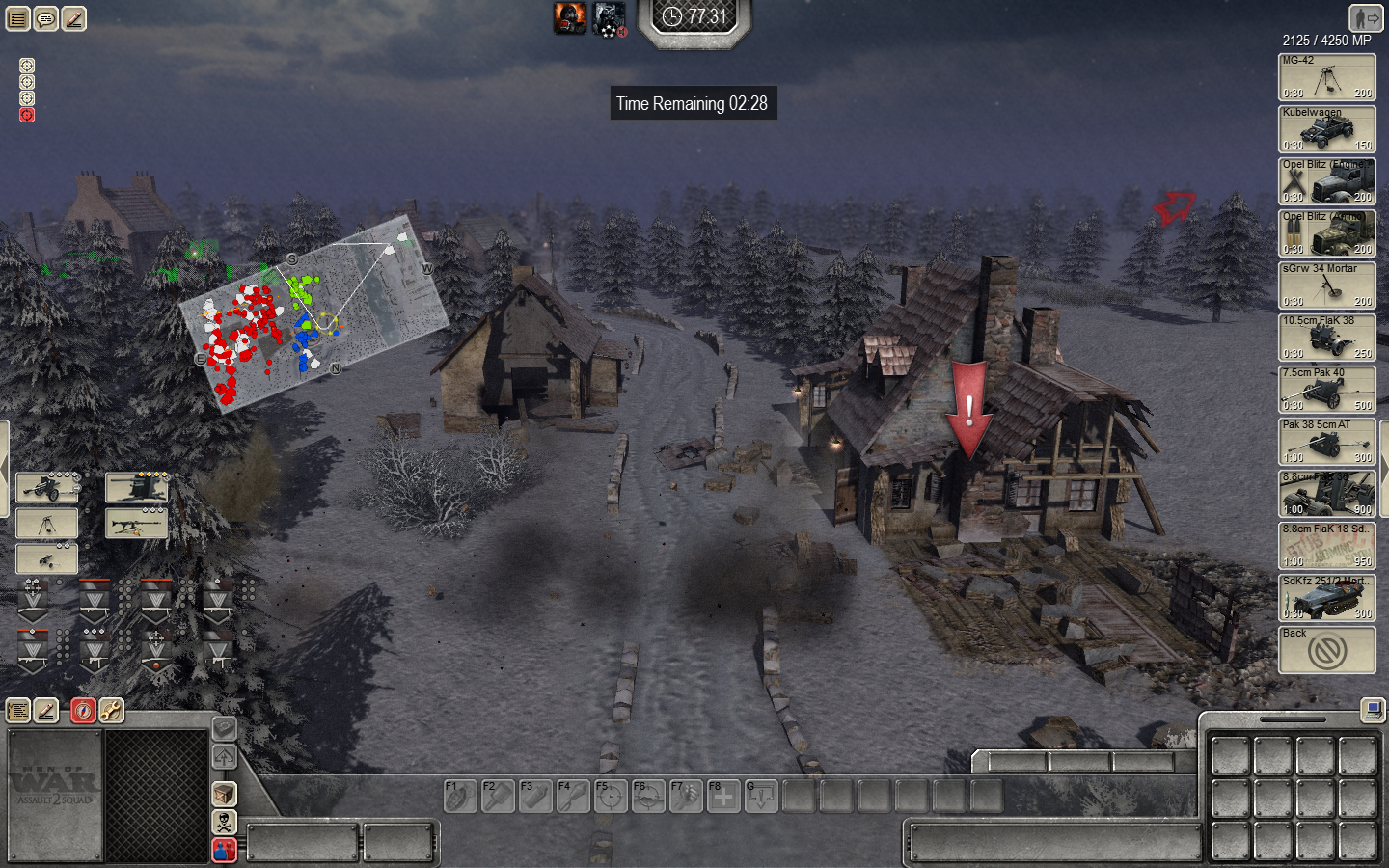 This is what happens from deflections from our frontal line. Misses and ricochets wind up here, destroying the village. 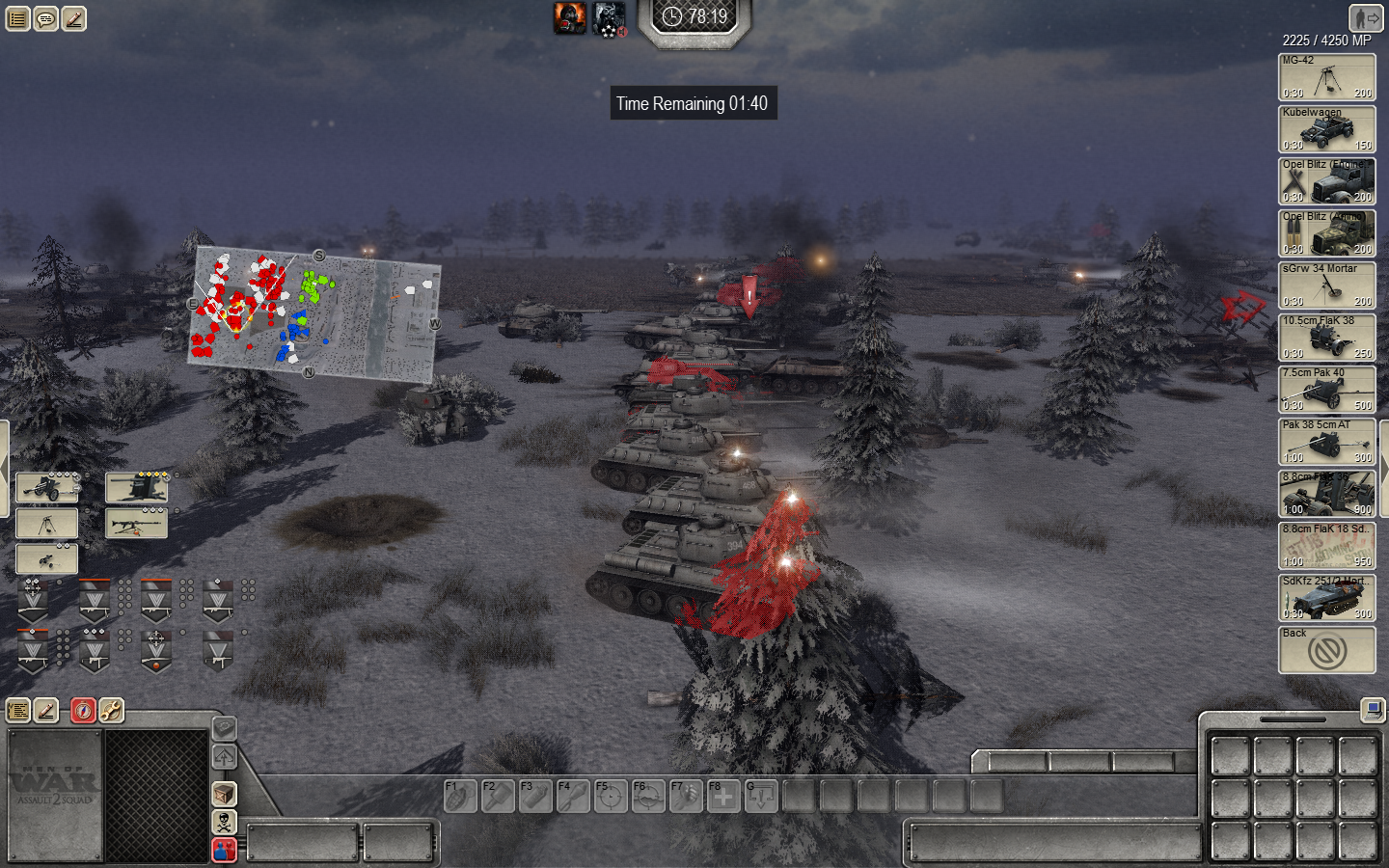 OK this is getting silly... 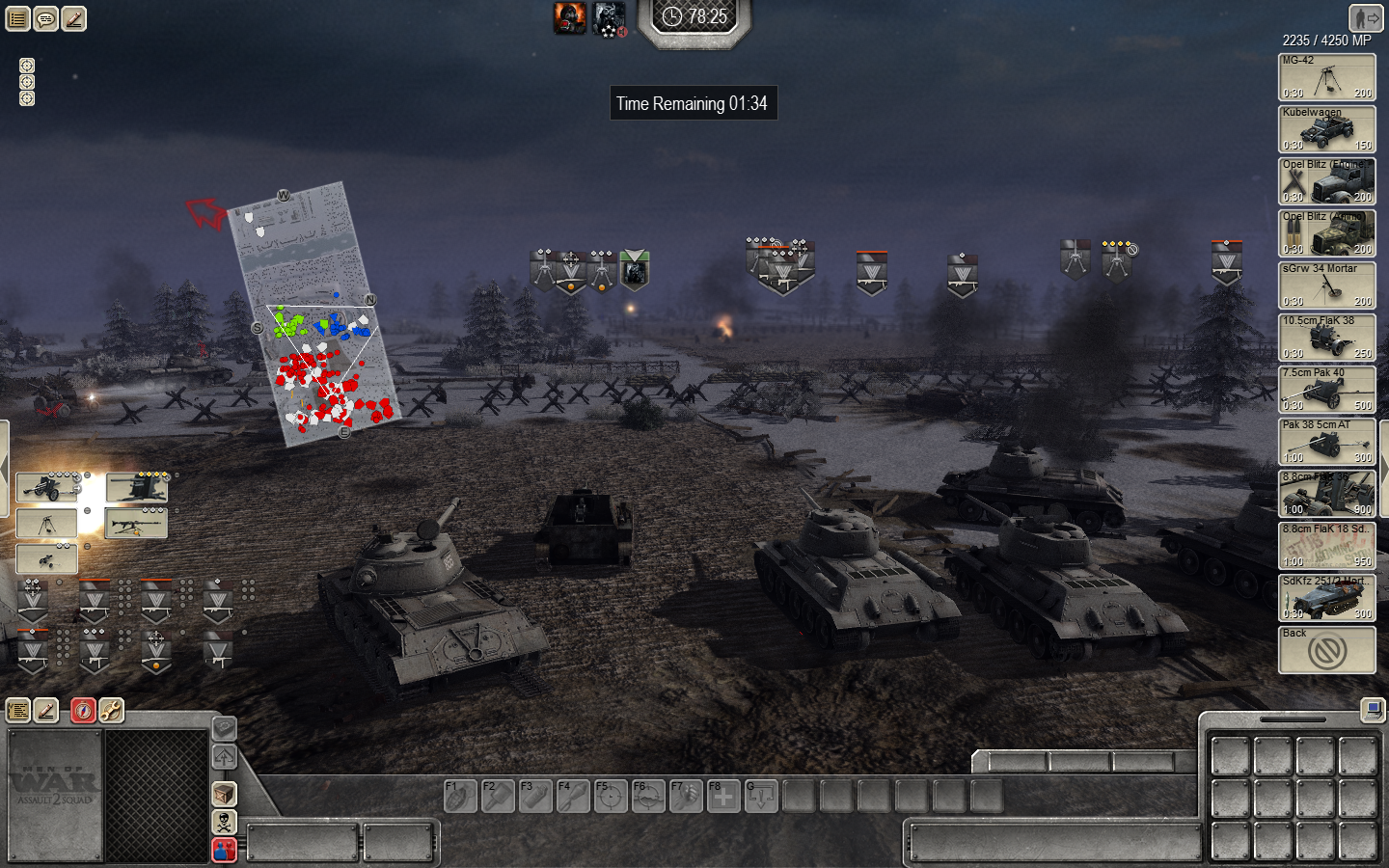 Just to give a sense of scale, how far away they were from our defensive positions. This is where we engage them as Soviet tanks are REALLY dangerous if they get up close. Their powerful HE shells will dismantle our position in no time. 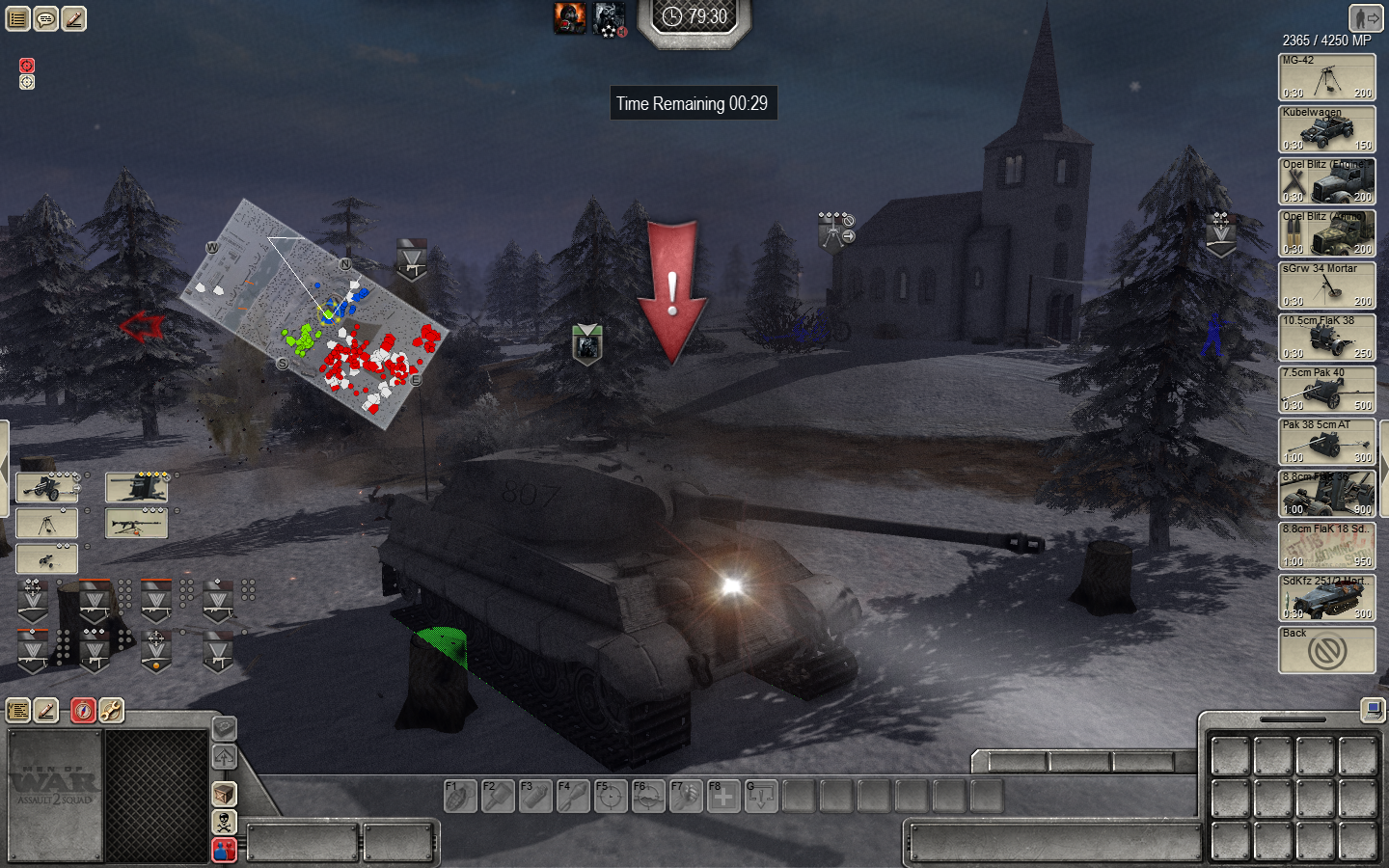 Mario's Tiger 2 holding out next to my church 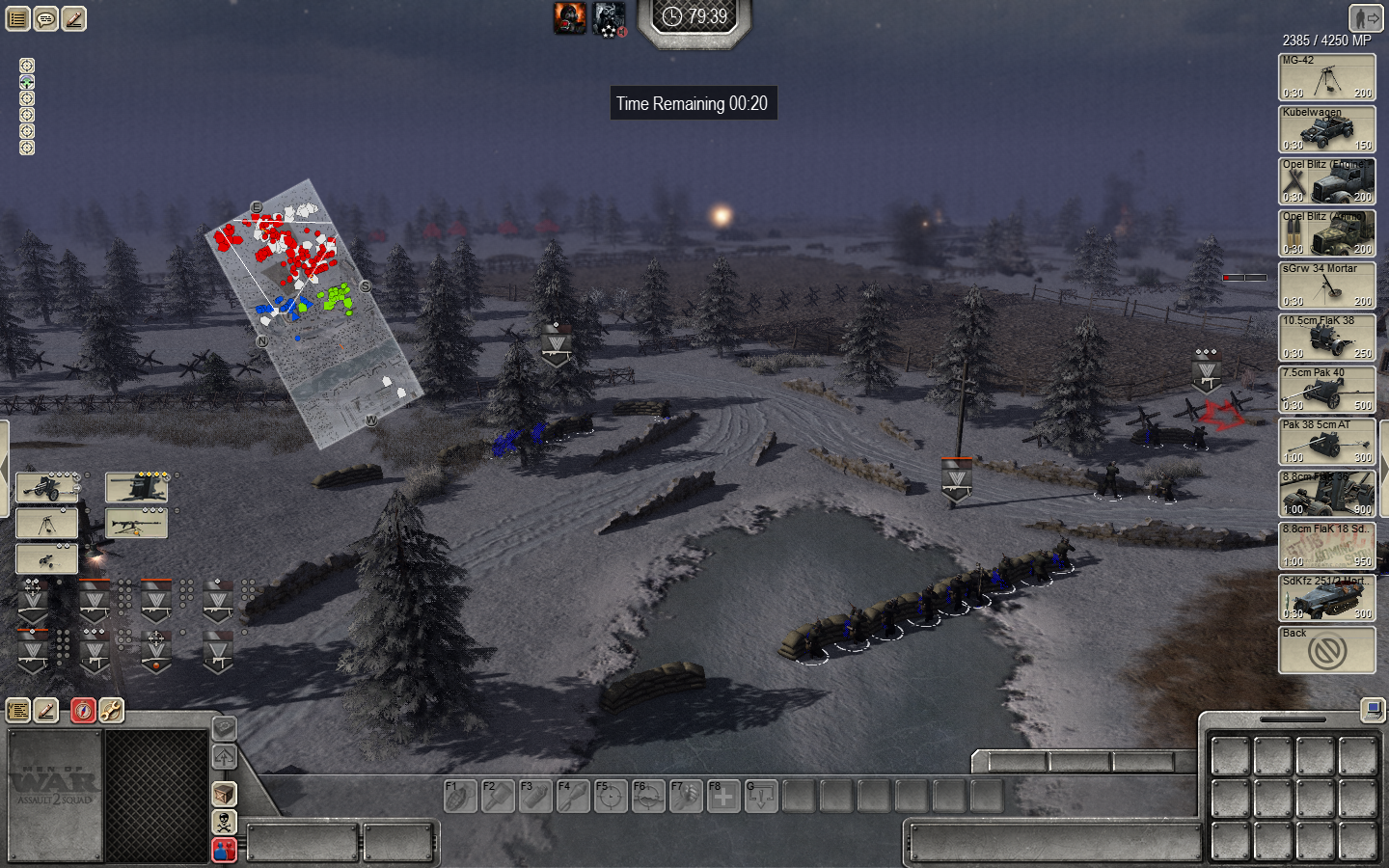 Part of my positions. As you can see the enemy is still navigating my minefield and traps in the East 😀 ! Such extreme losses! 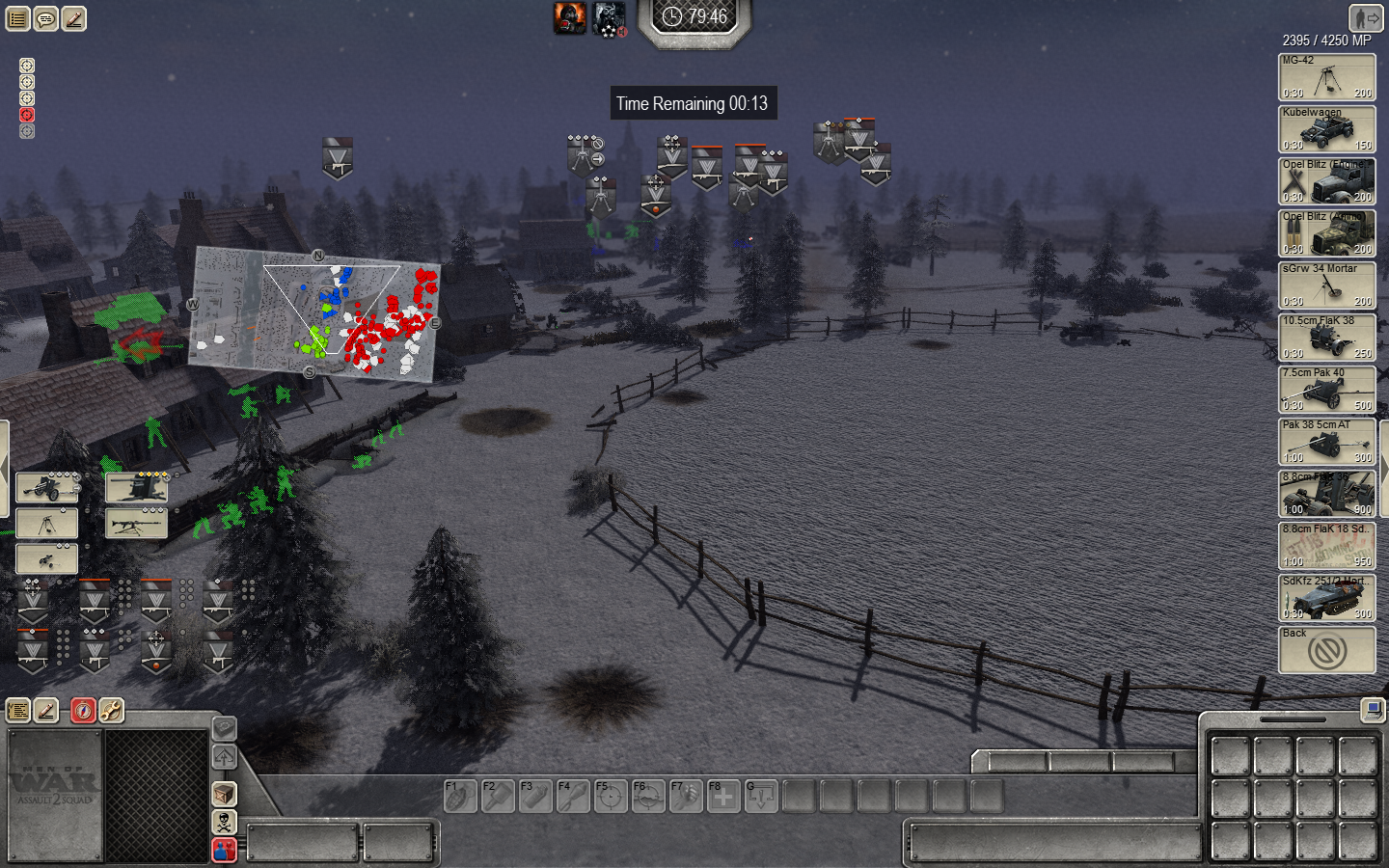 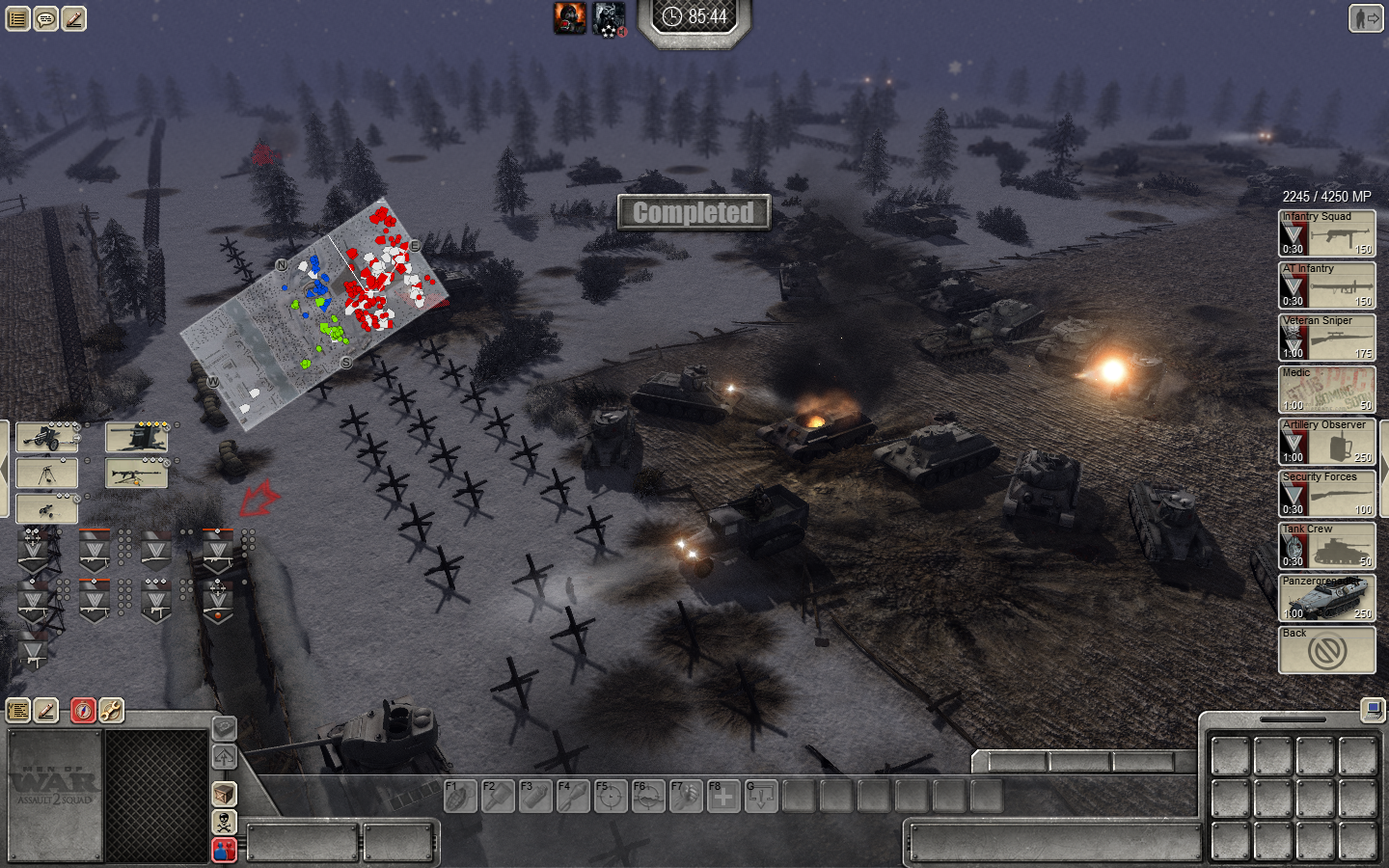 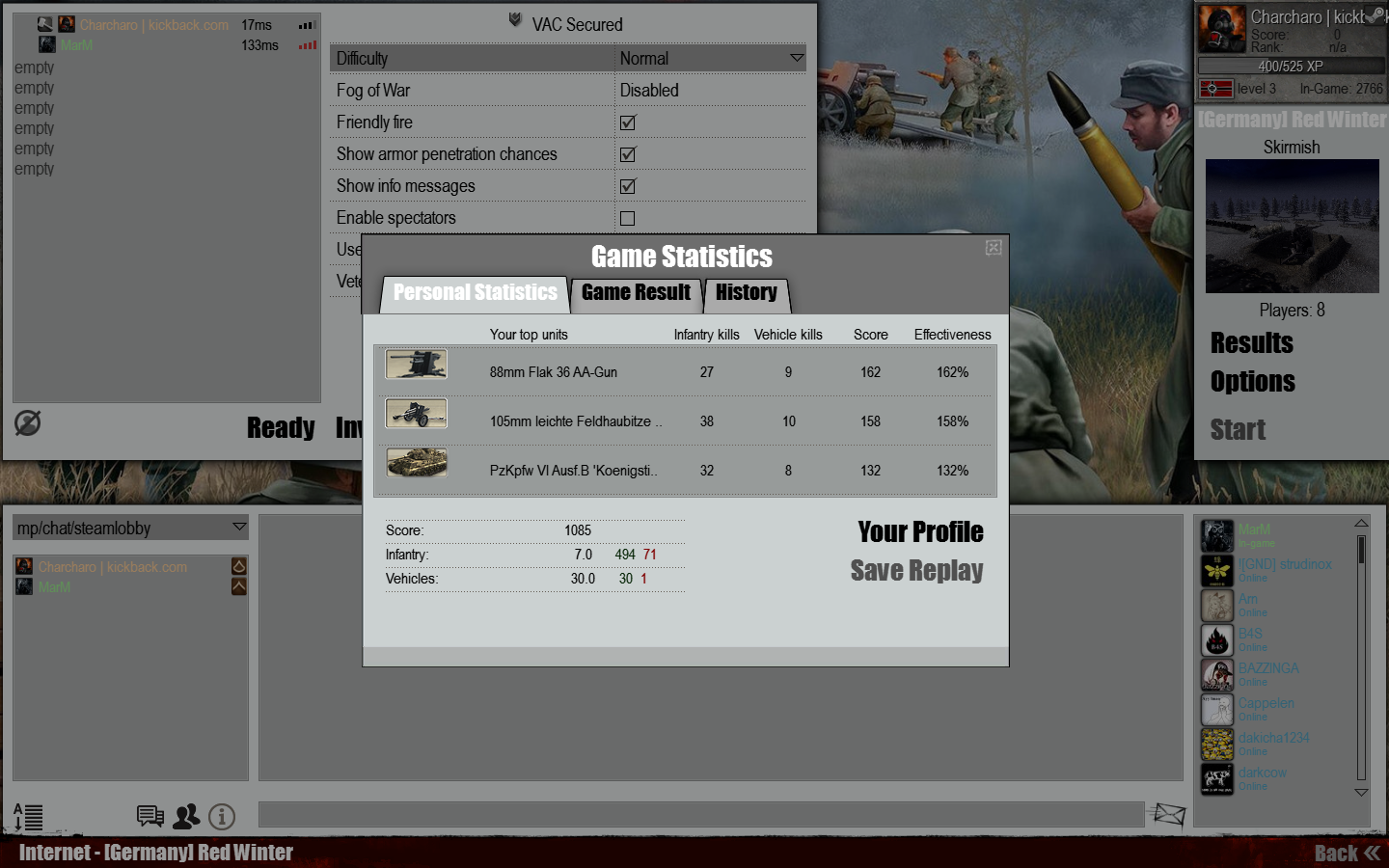 Our scores at the end.