It has begun. Post links to your favorite mods here with a brief description. An official guide will come from us in due time.

Mute Player Voice - Removes the player voice, enabling more role-playing potential. Should be used with Full Dialogue Interface so that you actually see what you're saying.

Full Dialogue Interface - If you want player dialogue to not be in a wheel and to display the entire phrase.

Increased Settler Population with Infinite Settlement Budget - This mod has several different downloads; one that makes settlement budget unlimited (a must have), and others that change the max population size for settlements (30 or 50 recommended).

Create Your Own Survival Rebalance - This mod lets you configure Survival difficulty with different presets. Normally the player character does half damage on Survival difficulty; with this mod you can remove this and you can alter player and enemy damage values by selecting various included presets.

Vivid Fallout - Landscapes - Textures in HD - Landscape retexture, multiple versions available. I use "Best Choice" since as you know Fallout 4 is hard enough to run as is.

Millenia's Weapon Retextures - This links you to Millenia's profile. Use everything he makes! He makes the best weapon textures.

Mega Explosions - This mod has many different options so pick the one you want the most. Can make all explosions or only mini nuke explosions 50% or 100% bigger/more deadly. I use mini nuke x2 (+100%).

Lowered Weapons - First Person Animations - Makes it so the player is no longer pointing his gun all the time with an equipped weapon in first person. However, this causes animation skipping when hip firing.

Shell Rain - Bullet casings stay longer and more can appear at once.

The only thing I'm using at this point is the Enhanced Wasteland SweetFX Preset by Razed. I like it. It doesn't make all the colors look so washed out but I'm gonna wait for more mods to come out before I do much more modding.

Create Your Own Survival Rebalance by The Iron Rose

Create Your Own Survival Rebalance by The Iron Rose

That one has been listed in the original post but I agree, good mod. I just need a FO4edit to perfect it for me; I use that mod to unnerf PC damage, but I want to buff Super Mutant health.

I wish they would improve the NPC tactics instead of just making them bullet sponges to the extent that they do on harder difficulties. I have a 'Fat Boy' with the MIRV modification, my big gun perks and the explosives perks and they just laugh at that shit and that weapon should be raining a shit-storm of damage on them !
My 'Spray and Pray' Thompson submachine gun is by far my most effective weapon.

Y'all should have seen what I did to a Legendary Mirelurk King just a short while ago on Survival difficulty. In fact, I caught it on video and I'll be uploading it tomorrow.

After 167 hours, I just finished my first playthrough of the main story, although I did join the Minutemen and the Railroad, I never joined the Brotherhood of Steel. It was epic. I'd say this is the best game I've ever played and I still have a lot of content to play for my second playthrough, as I never got to Part 2 of the Minutemen or the Railroad quest and I still have all of the Brotherhood of Steel story to do.
I'll look for your video upload tomorrow.

167 hours eh? Sounds just about right for a Bethesda game single playthrough/character. I'm 100 hours away from that currently.

That's pretty cool ! I rarely play melee characters, so I've never tried using VATS for a melee kill.
Did you find the Grognak weapon yet ? 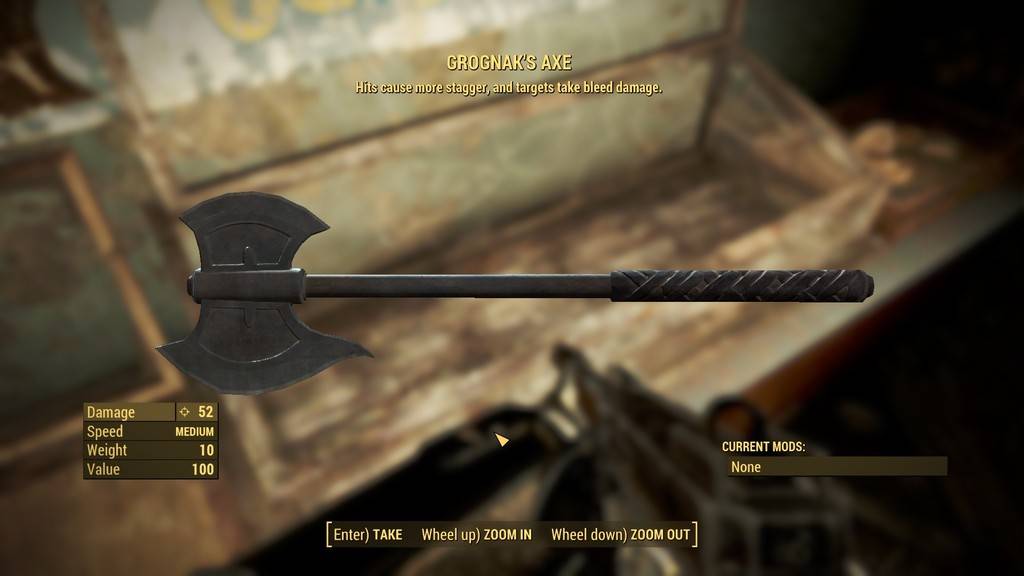 That's pretty cool ! I rarely play melee characters, so I've never tried using VATS for a melee kill.
Did you find the Grognak weapon yet ?

I did not. I'm more about high tech mechanized hammers than axes, but I'll make a separate Grognak wannabe character one day.

Updated with some new must have mods!

If you open the files section, there's a 4K version that you can install and overwrite after you install the 2K version.

If you open the files section, there's a 4K version that you can install and overwrite after you install the 2K version.

- EDIT: That's the mod that mostly upscales default textures, although some of the dirt textures look a lot different. It's not a huge improvement though sadly.