Our gaming reviews have five subsections, but some of these might be a bit vague and confusing for some. So here is an explanation for each subscore, and how the scoring system works. There are five subsections, and each one has a maximum of 20 points. The overall score is the sum of each subsection. The highest possible score is 100.

If you didn't know, we only review PC games, and we aren't given games for free several months early like other sites, which is why our reviews are often later than most, and it's why they are the least biased game reviews. Nobody pays us to score their games favorably.

To compensate for games that have no campaign or story (usually multiplayer games like Red Orchestra 2), there is an alternate scoring system for such games. It simply removes the Story subsection and splits Audio & Visuals back into two separate subsections.

If you question "How can they score a subsection out of 20?", well I can tell you that I actually score each one out of five points, with the interval being 0.25. It's easier this way, and to make it 20 points I just multiply by four. Not relevant, but there's a little secret of mine.

Our overall score is quite simple; a 100 is the highest, a 0 is the lowest. Just like your test grades, kids!

The result of this scoring system is that games are scored according to what they try to be. The less flaws a game has, regardless of the type of game it is, the higher the score will be. However, a flawless, small scale game with a great story still can't get a perfect score due to the lasting appeal section, which we find to be appropriate. A perfect 100/100 must be a large scale game with lots of lasting appeal, with a very strong story, and it must exceed in all other aspects too.

We try to be as objective as possible, and this scoring system shows this. For example, our lowest rated game is Tony Hawk's Pro Skater HD. It was reviewed by me, and I actually had some fun in the game, since I'm just a fan of the genre. But I didn't let that affect my review, it got what it deserved regardless of how I feel about it.

Also, we give out awards based on score. This applies to ALL product reviews. The awards are as follows.

So that pretty much covers it. Post your questions, comments, and criticisms below. For an idea of the personal taste for the GND-Tech gaming staff, see these lists below: 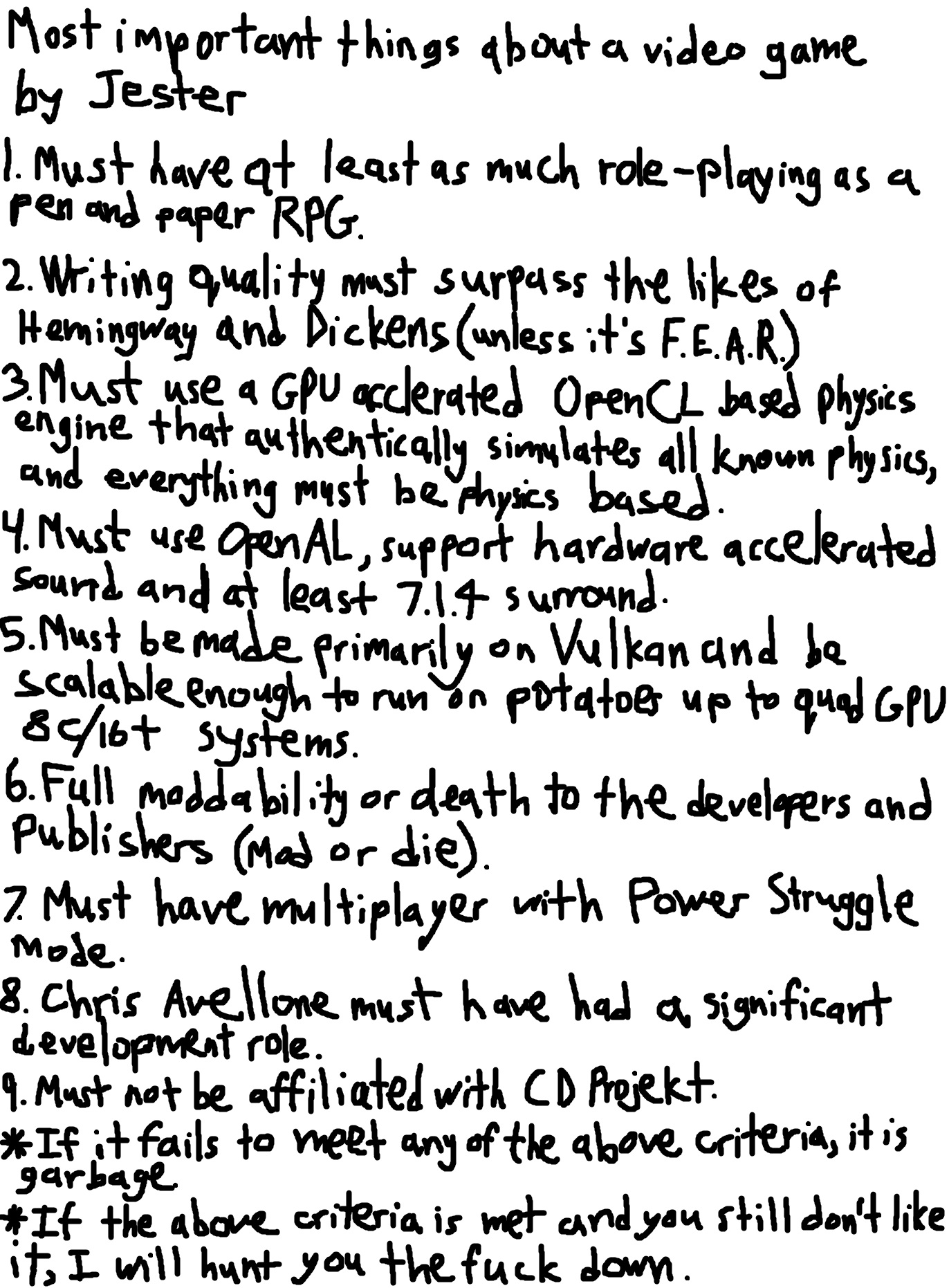 Yes this is all a joke.